The upper section of the north wall is weatherboard cladding which is evidence that this was originally the external wall to Room 27 above. All other internal walls have fibrous cement panel and batten cladding, as does the raked ceiling. The latter follows the line of the gable roof, which is centrally supported along the length of the room by an exposed king truss rising from a central timber post.

The floor is painted concrete with sections of perforated steel tiles and the change in floor level to the loading dock is accommodated by an original metal tiled concrete ramp, sloping down from the eastern entrance to facilitate the movement of the cream cans.

Fittings relating to the former use of the room include a butter making machine, pipework, conduits and a large ceiling vent and flume hood.

The Busselton Historical Society now call this the Dairy Room and the displays relate to the manufacture and transport of dairy produce both commercially and domestically.

Dairy in the South West was entirely a home-based enterprise until 1898. Many settlers had brought their own milking cows with them from England and used these cows to build up the milking herds. Charlotte Bussell wrote of making cheese twice a day, and butter twice a week in her own dairy, which was sold to local workers. The whalers and the Swan River Colony also provided a market for the Vasse district’s dairy products.

In 1887 a Commission of Inquiry into the Agricultural Industries interviewed south west farmers regarding their dairying activities. In the Vasse, Richard Gale said he milked fifty to sixty cows, morning and night and grew crops to supplement grazing. Whilst other settlers were not so positive, the government could see the promise of the Vasse dairy industry.

The gold boom in the 1890s tripled the State’s population, forcing the importation of butter and convincing the 1897 government to commit £1,000 to assist in the establishment of the Vasse Butter and Produce Company. The company was founded on a co-operative basis, with shares of £1 1s each. Richard Gale was the Director of the company and as no available government land was suitable for a butter factory, Gale offered 1½ acres of his own land. The Butter Factory built in 1898, the first in WA, was located south of Fairlawn Road and west of Strelly Street. Later in the year Messrs Spurge and Reid established the first cheese factory in WA at Pigeon Grove, near the Wonnerup train station, which quickly failed due to a lack of a sustainable milk supply. In 1901 the butter factory shut down due to financial difficulties, after which private investors kept the factory open with limited success.

When John Scaddan took office in October 1911, government policy changed towards state owned enterprises and they acquired the Busselton Butter Factory in February 1916. At this time the number of suppliers increased from five to over thirty. After Scaddan resigned, a Royal Commission into Dairy suggested that the success of the south west dairy industry depended on increased immigrant settlement and better train lines to connect the factories to the market places. These findings paved the way for the building of this Butter Factory in 1918.

When James Mitchell came to power, in 1919, he championed the Group Settlement Scheme to encourage British immigrants to come to the south west to help grow the dairy industry. These settlers arrived over a seven year period from 1922 to 1929. The Scheme failed for many reasons but not before it established a fledgling dairy industry which was to flourish in the years to come. 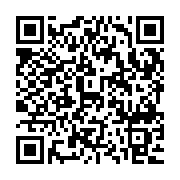