PHOTOGRAPH OF CATHOLIC CHAPEL AFTER 1988 RIOT

Landscape, colour photograph inside Catholic Chapel, showing damage as a result of the 1988 riot. Image of large room with pale blue walls and two small windows on the right side. The back wall of the room has a large painted fresco with clouds in the centre with a large Christian cross. In the foreground of the image are some upright chairs. The centre of the image is dominated by a large pile of wood panelling which has fallen from the ceiling above.

Unknown provenance; however this image was likely taken by a staff member from the Department of Corrective Services shortly after the 1988 riot, and later donated to the Prison. 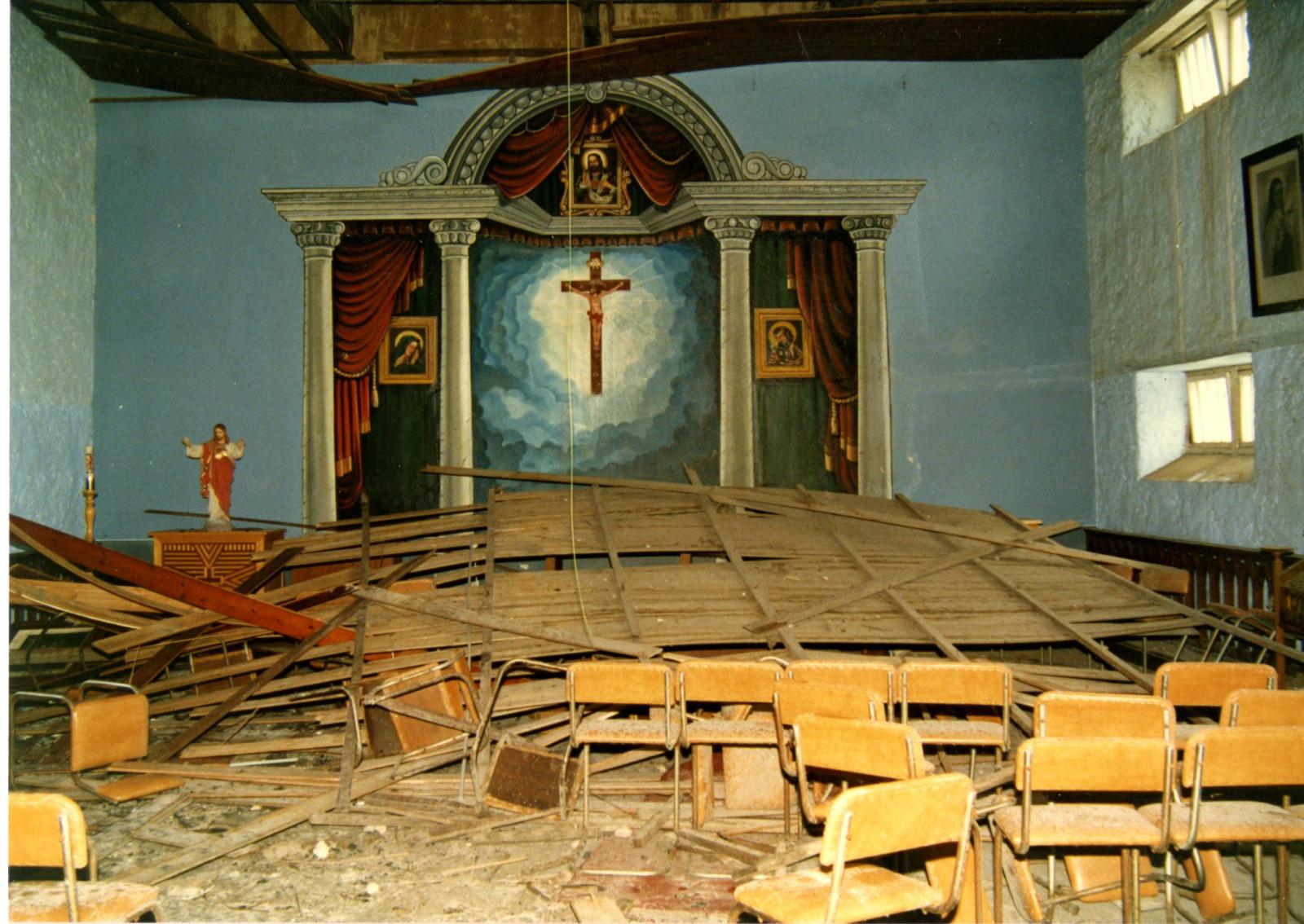