Small, rectangular, painted wooden cell stool. Small piece of rectangular wood attached by wooden brackets to two rectangular wooden side panels. Both side panels have a triangular piece cut from the bottom which creates two short legs. The wooden surface is painted brown, white and black. One of the side panels has a decorative dot painting covering the length of the surface. The design consists of white dots on a colourful backwound, with two circular small circular landscape motifs down the centre.

A note found with this object stated that it has been removed from Cell D41, 4 Division, prior to conservation works in the Main Cell Block in 2010. 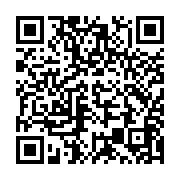