Small, landscape painting by Reynold Hart of a green and lush landscape. In the foreground is depicted a thin yellow road, which winds through the painting, disappearing into the background. In the foreground and middle ground are four tall trees with green foliage. The land either side of the lather and into the background is green, and numerous small shrubs. The sky in the top half od the painting is bright blue. 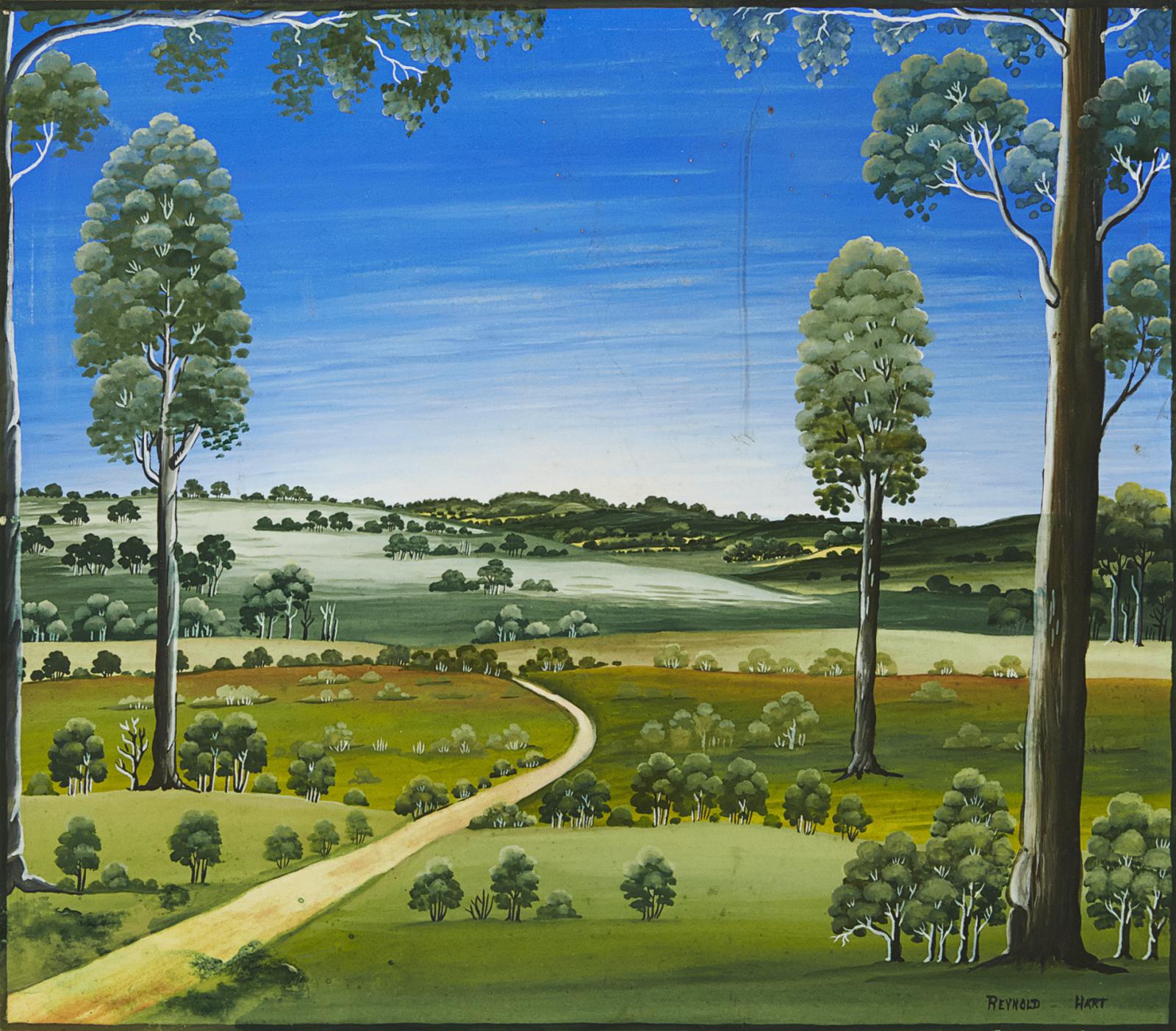 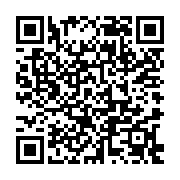