A photograph of the 1979 Western Australian baseball team who competed in the Australian Baseball Championship Claxton Shield Series in Melbourne, Victoria. The colour photo has a narrow white border. Handwritten in blue ink on the back of the photograph are the name of the team, the location and year of the championship, and who the photograph belonged to.

South Australia's decade may well have been the 1960s, but the 1970s belonged to Western Australia who captured a title in 1975 and a hattrick from 1977 to 1979 thanks to what was arguably one of the strongest Claxton squads of all time. 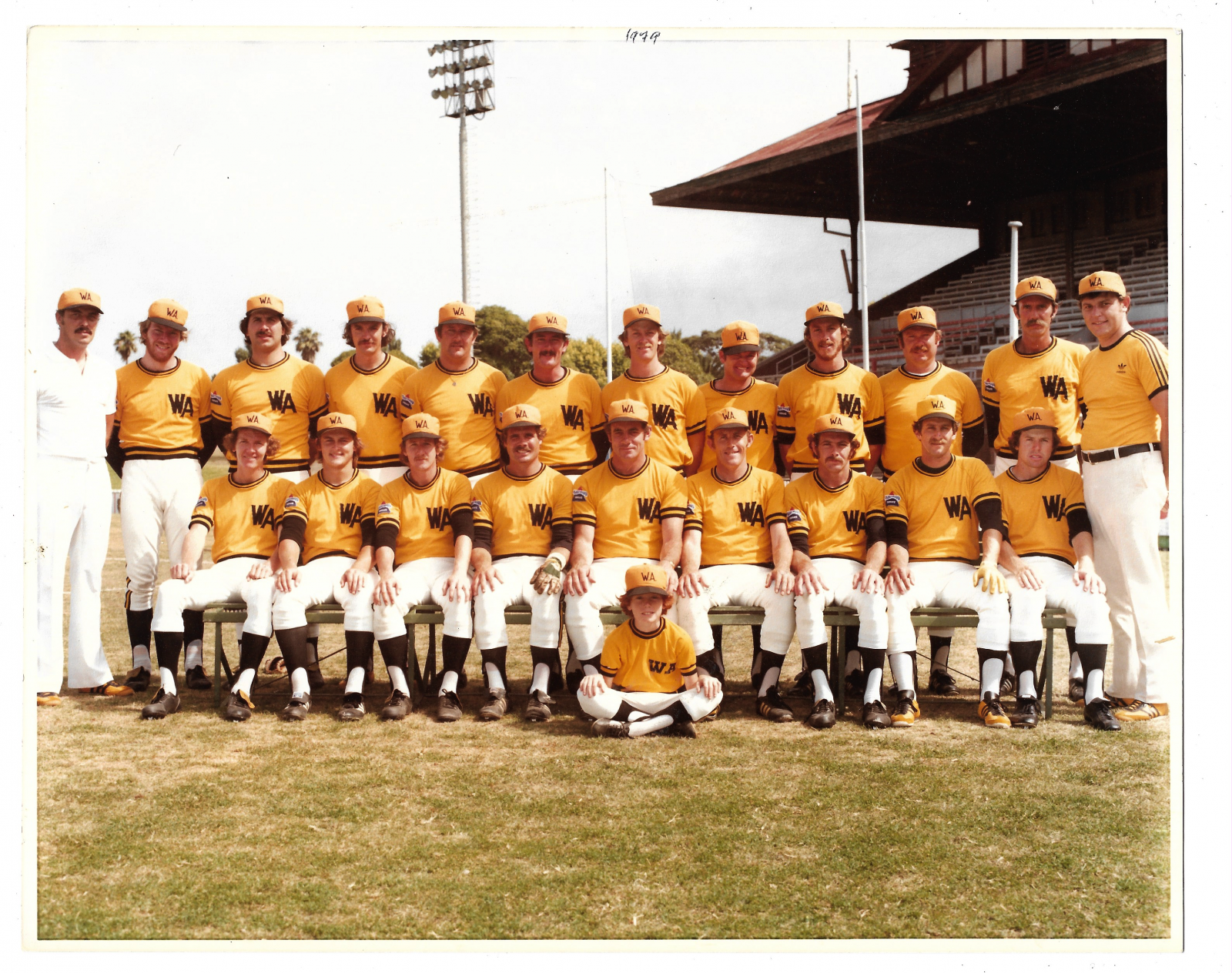