On the 25 February 1942 the first batch of cotton was spun at ACTIL's new mill at Woodville. This was the result of rather unusual circumstances. An English company, The Calico Printers Association, planned to build a mill in Java, but as the Japanese were advancing south rapidly the ship carrying the machinery diverted to Australia and berthed at Outer Harbour. Premier Tom Playford took advantage of the situation and offered land on which to establish a mill here.

ACTIL (Australian Cotton Textile Industries Limited) was formed as a South Australian company. The 400 foot x 300 foot mill was built in a remarkable six and a half weeks, instead of the usual nine months, due to the co-operative effort of government departments and everyone associated with the project. The mill was only one-third of the planned factory as the industry was to expand to weaving, bleaching and other areas of production. It was able to produce 60,000 lbs of yarn per week to help alleviate the yarn shortage in Australia.

Over the years the ownership of the company changed until in the late 1970s it became part of the Bradmill Group of companies. 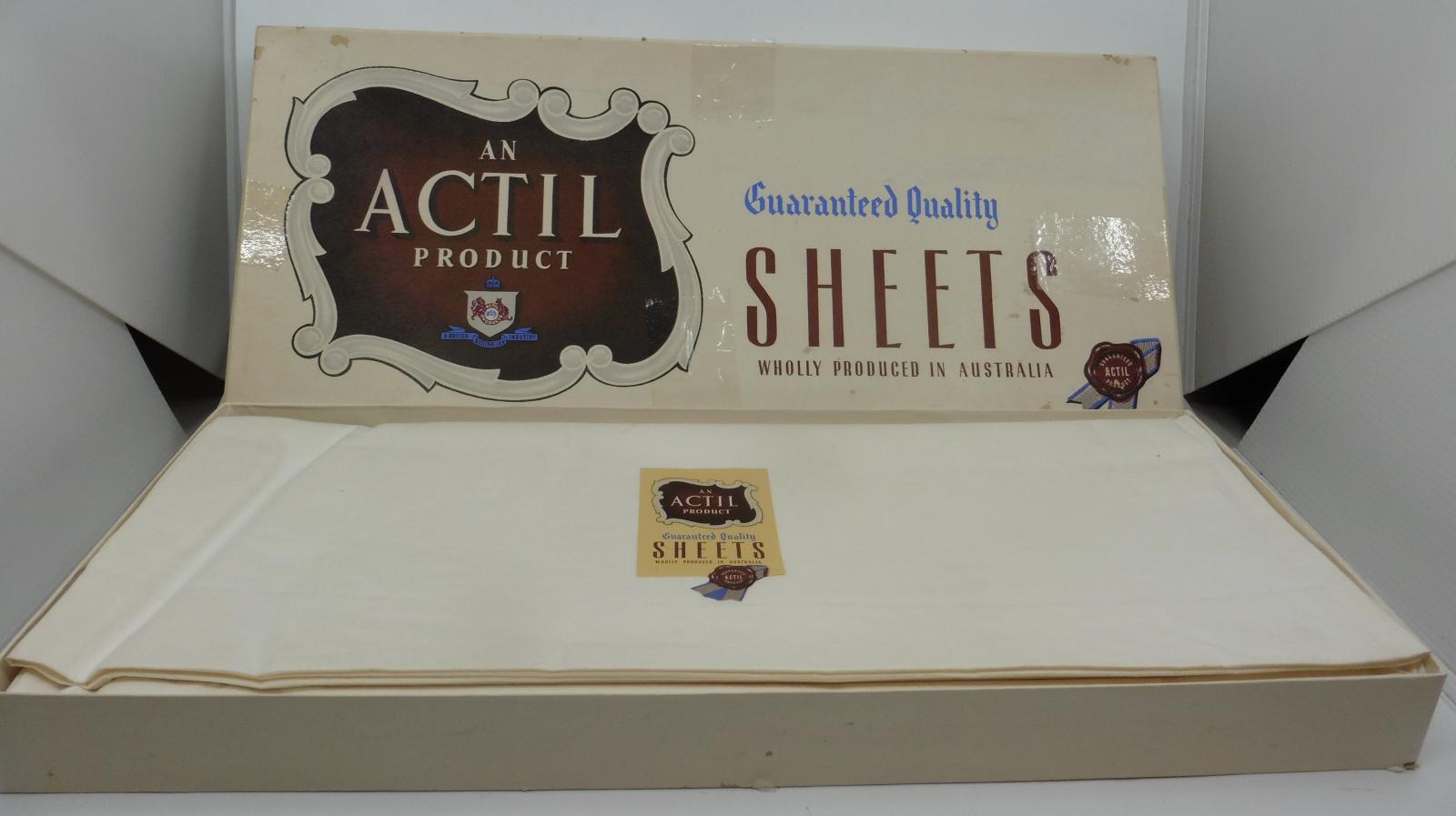 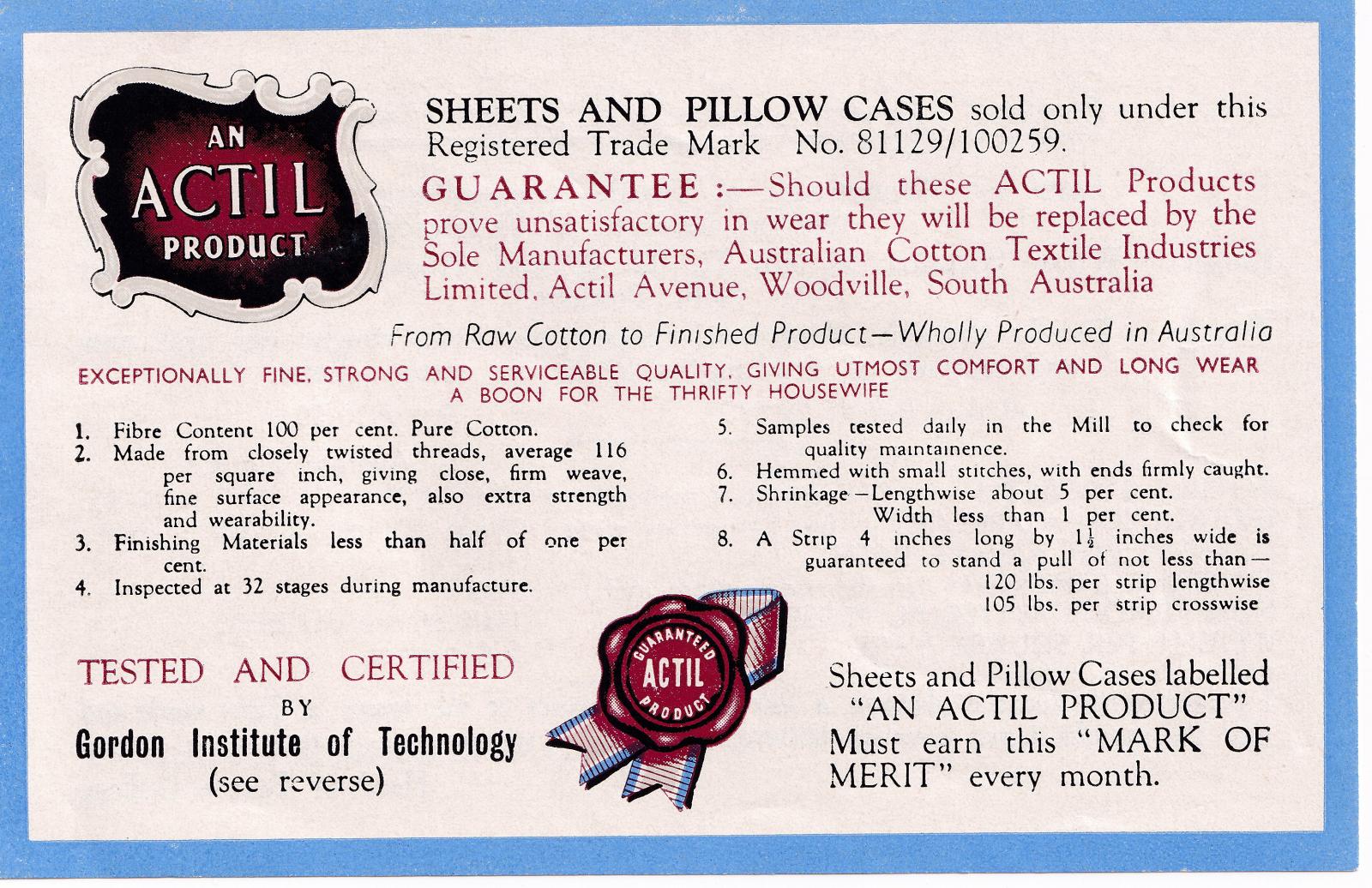 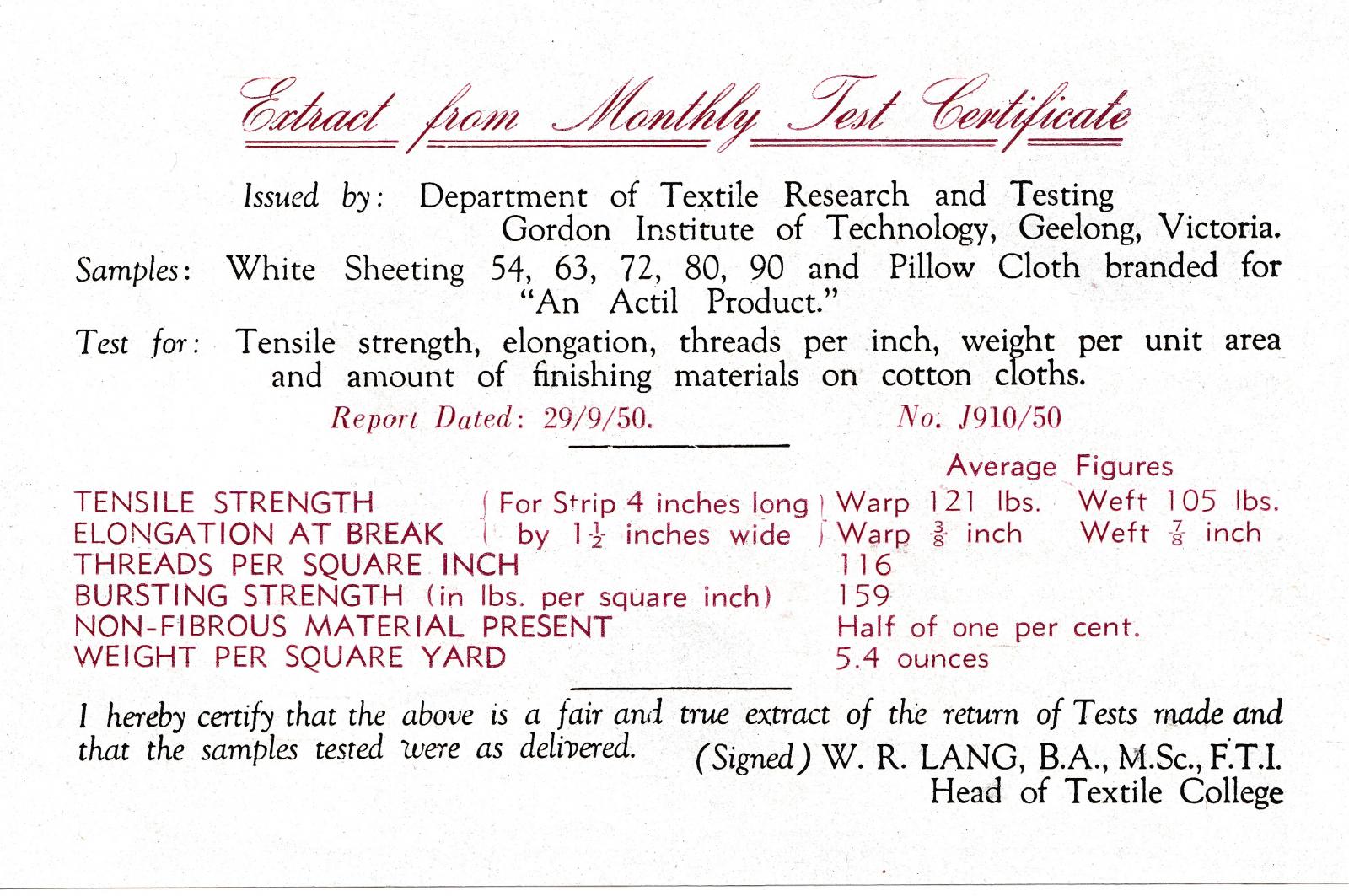