Large, landscape, acrylic painting, depicting prospect of river and trees. A blue river runs through the painting in perspective from bottom right to midground centre between banks. The left foreground consists of the left embankment featuring trunks of two white salmon gum trees amidst lush green vegetation. The right side midground consists of right embankment featuring trunks of two salmon gums amidst lush green vegetation. The upper part consists of dense forest of trees acting as a backdrop. The painting is unsigned. This painting covers another layer of paints with a relief of dots and lines visible in parts. The back of the board is dirty with grey and black smudges of paint and footprint marks. A section of masking tape has been adhered to the top right-hand corner with the inscription, 'McARTHUR J' in black paint. The painting is framed in a modern, dark wood frame.

Found on the floor in the Reception store, unframed, in 2012. Attributed to artist Jackie McArthur. 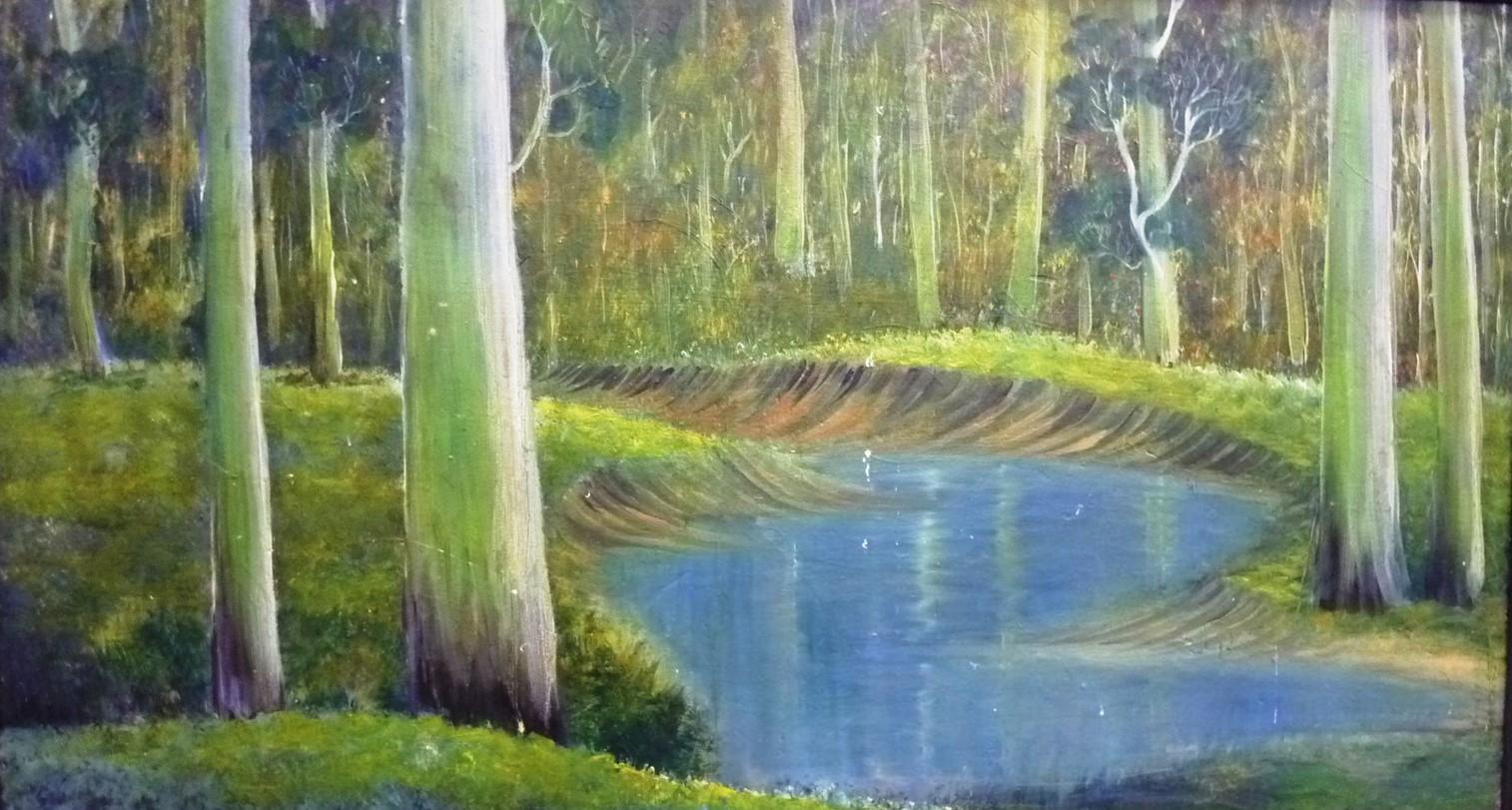 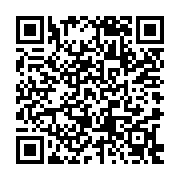