Large, square, acrylic painting by Jimmy Pike, depicting a python, three kangaroos, a smaller snake and a goanna, painted on a two colour wash background (black background with fine green undercoat). A fat python dominates the centre of the painting with a brown head, red/yellow eye, and with red and yellow markings on the cheek. The python's body is decorated with dots in red, yellow, white, black and green and the tip of the python's tail is painted orange, banded with nine white stripes. Three kangaroos are depicted on one side of the python, two decorated with coloured dots and stripes, the other painted orange with a rough outline of its skeleton in white. On the other side of the python is a smaller snake, also decorated with coloured dots and outlined in white. A small green goanna, painted in dot style, is located in the space between the python's head and tail. The painting is painted on Masonite board. Written on the reverse of the painting in white chalk is, 'Title - ROCK Python/ Name Jimmy PiKe/ 6/ Kimberleys.'

The painting was found in Women’s Division in 2010, stacked behind furniture. 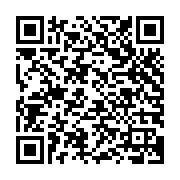