Small, paper, single sided, completed prisoner spend slip for Christmas 1987. Long, rectangular, single sheet of paper, with a black printed heading at top of page, "CHRISTMAS SPEND ONLY/ Health Foods to be listed/ separately on this list". Underneath is a black printed table of three columns. Columns contain information handwritten in blue ink with red numbers in the two columns to the right. At the bottom of the table, handwritten in red ink, is, '53.57'. Printed in black ink at the bottom of the page is, "READ CAREFULLY/ Christmas spend slips to be given to the/ canteen by 2/12/87 Christmas spend slips/ to cover spends period from Monday/ 21/12/87 to Monday 4/1/88. Next normal/ spend will be issued Monday 4/1/88./ Goods purchased to last two (2) weeks./ MAXIMUM SPEND $100.00/ NO ITEMS WILL BE ADDED TO THIS/ LIST ENSURE THAT YOU HAVE/ ORDERED EVERYTHING YOU NEED." 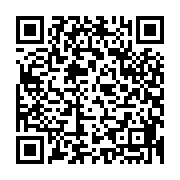