(a) Large, brown, hardback, modified book. All the inside pages have been fixed together, and a rectangular depression created by cutting into them, and lining the edges with brown paper, thus creating an almost box-like form, with the book's front cover and two pages forming the lid. The book's title is in Latin, and has been handwritten along the spine in white ink, "NIL / DESPERANDUM / ATQUE / IN / PERPETUUM".

(b) Small, white, carboard object label found inside 1978.14a. Printed on surface in black ink, the label reads 'Hiding Place/ Made by a prisoner who was working in the/ library. He entitled the 'book' Nil Desperandum.'

The label accompanying this book (part b) claims that it was made by a prisoner who worked in the Library. It would likely have been used for hiding or transporting contraband. The label (part b) was created when this book was displayed in the original Fremantle Prison Museum.

The book's Latin title roughly translates to 'Do Not Despair; And Into Forever'. 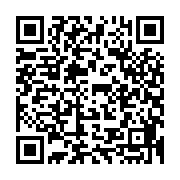