At some time in the past a burial ground for Noongar people was established, next to the Avon River in today's Central Toodyay Heritage Area. Towards the end of the nineteenth century land in this area came to be owned by Barnard Drummond Clarkson. In 1886 he loaned a section on the north bank of the river (adjacent to the burial ground) to the local cricket club to use. By 1889 the Newcastle Athletic Club had taken ownership and the site became the Recreation Ground. The following year the Toodyay Agricultural Show was held at this location for the first time. In 1903 the Newcastle Athletic Club and the Toodyay Agricultural Society drew up a deed defining ownership of the Recreation Ground. In 1909, when the bridge for the extension of the railway line from Toodyay to Bolgart was being built beside the recreation ground, human remains were uncovered. In 1915 contemporary accounts estimated about 100 people had been buried here and in the following year an Aboriginal (Noongar) Cemetery was gazetted at the site. 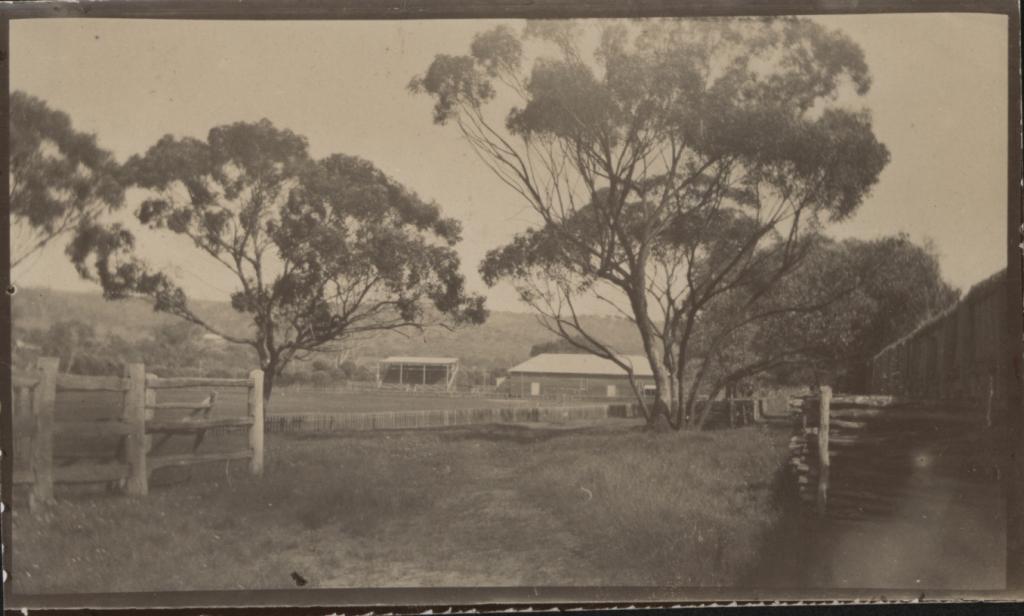 In 1920 the recreation ground, now known as the Toodyay Showgrounds, was small. Private properties and businesses surrounded it including a timber mill, a blacksmith shop, a wheelwright business and a garage. By this time the facilities included an exhibition hall and a grandstand (built 1910) to hold 250 people. The arena was fenced and there was accommodation for stock. In 1923 the Toodyay Road Board agreed to purchase the Toodyay Agricultural Society’s Showgrounds. In 1929 there was a call for an expansion of the grounds as it was proving to be inadequate for the community’s needs. This was not to happen, however, until nearly 20 years later. 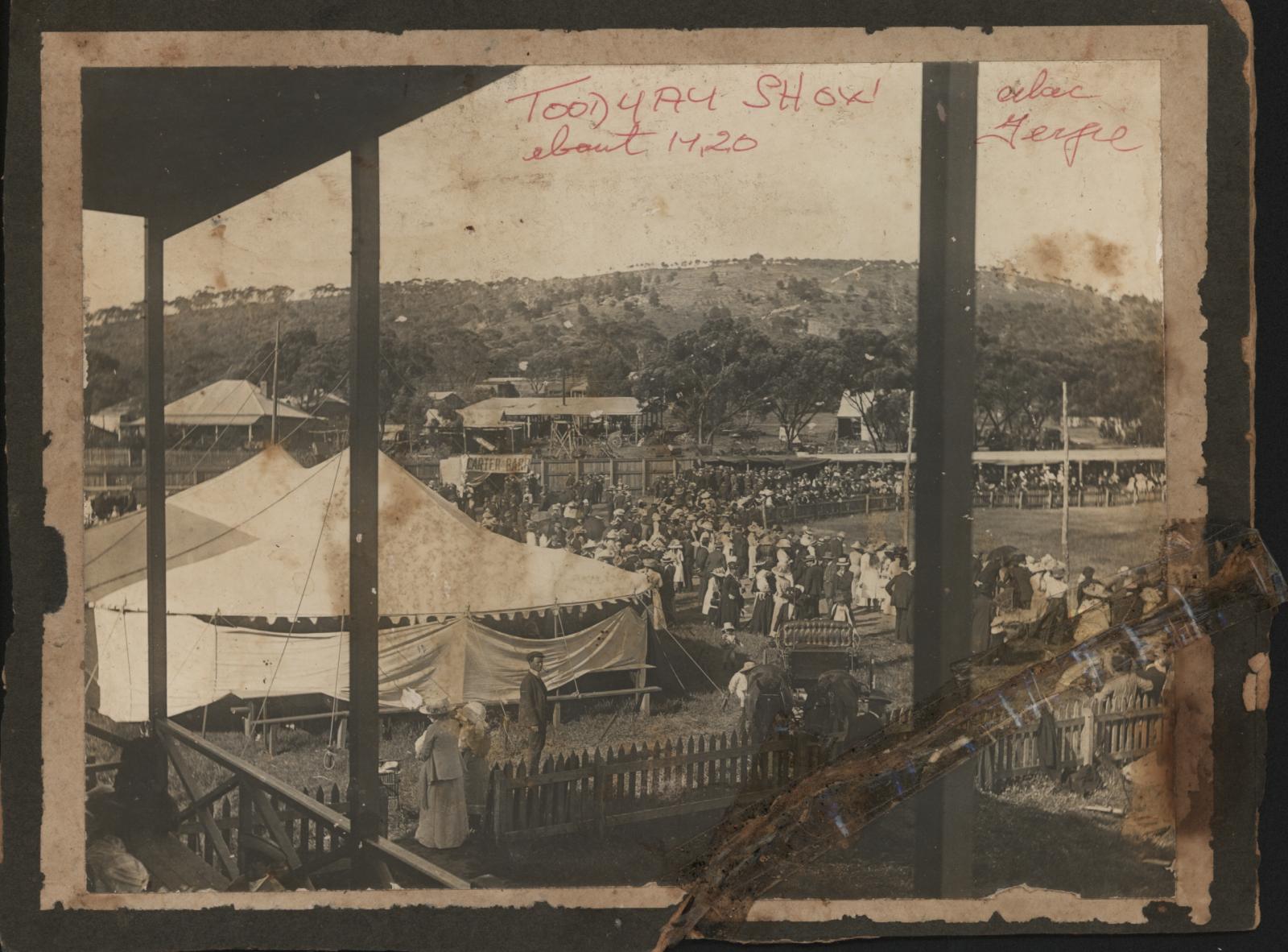 In December 1933 the grandstand, fencing and small outhouses at the Showgrounds were destroyed by fire. The refreshment rooms and dressing sheds were saved. The grandstand was replaced in time for the following year’s agricultural show. In 1947 it was resolved to expand the showgrounds through the purchase of adjoining land. Over the next 50 years the Showground facilities continued to be upgraded including the construction (and later extension) of an exhibition hall, various pavilions, offices and eventually a multi-purpose community hall, as well as the erection of new cattle yards and poultry pens. Various sporting groups also regularly used the site and facilities for them were developed. 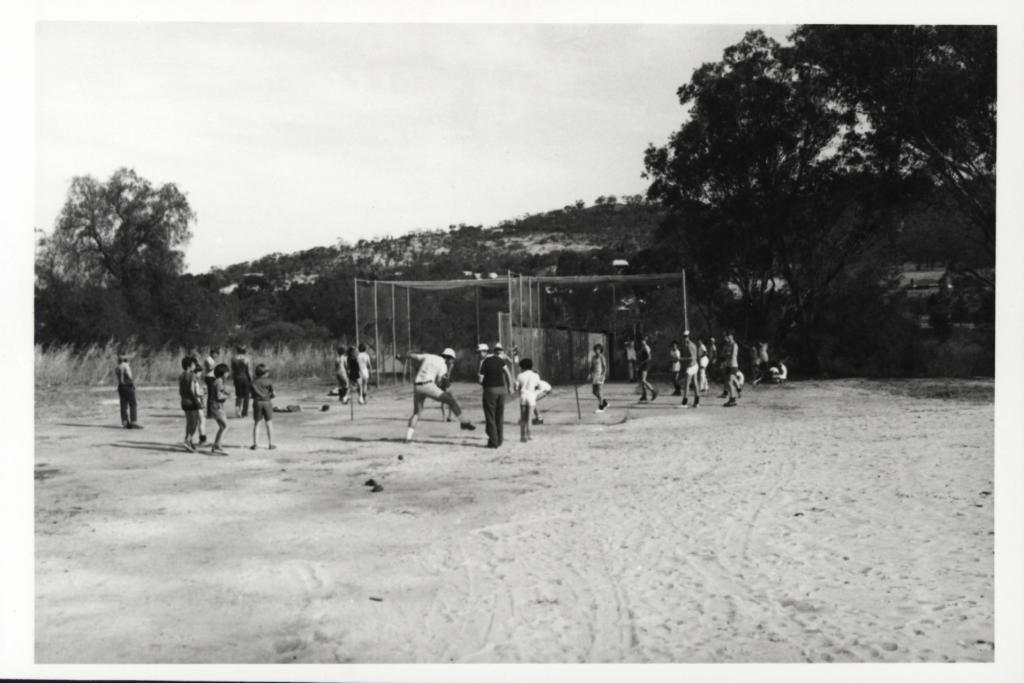 CRICKET NETS AT THE TOODYAY SHOWGROUNDS

In 1953 the area defined as the Aboriginal cemetery was declared a Reserve. However the boundaries of the Reserve were not clearly demarcated and by 1967 a hockey ground was established over a section of it. In 1981 the Toodyay Shire bought Donegan’s Cottage to further extend the Showgrounds. In 2013 the Shire ceased all recreational activities encroaching onto the burial grounds after concerns were raised. Today rocks have been placed across the south-west corner of the hockey field, marking the boundary of the registered Aboriginal Lands Trust land thought to contain part of the traditional burial ground. In 2021 a sign was erected on the now disused hockey ground to acknowledge the burial ground. The wording on the sign has been provided by the Noongar Kaartdijin Aboriginal Corporation to include information about burial beliefs and ritual and to also inform of appropriate protocols that should be observed. 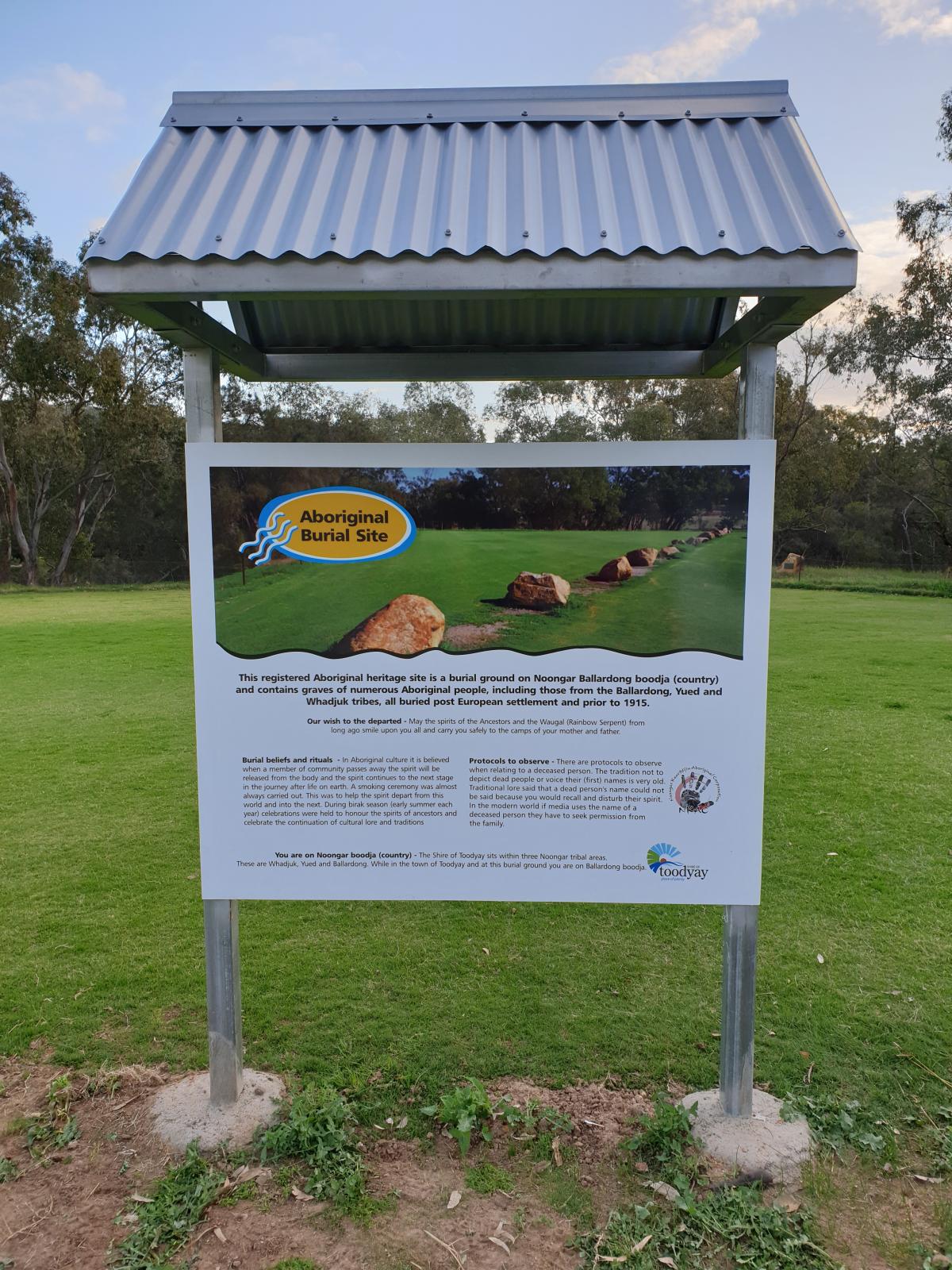