In 1870 a flour mill was built for 39 year old businessman and entrepreneur Daniel Connor who had arrived in Western Australia as a convict in 1853. It was located in the centre of the newly established township of Newcastle (Toodyay). The mill was constructed by ex-convict George Hassell, assisted by ticket-of-leave labourers. Originally the building had a shingled roof with no turret. The interior of the mill consisted of three complete floors with elevator and ladder access between levels. Upon completion, Connor employed James Drummond Jnr.'s former miller, Charles Marris, and clerk Joseph Ablett Wroth to manage the milling business. In 1880 Connor's flour won a third order of merit award at the Melbourne International Exhibition. In 1885 Charles Marris leased Connor's mill. Two years later he left to operate his own mill on Clinton Street near the Newcastle Gaol. In 1902, however, he returned to purchase the mill for 1,500 pounds from the deceased estate of Daniel Connor. Marris installed rollers to replace the older style grindstones and the mill became known as the Union Roller Flour Mill. Around 1909 milling operations were reduced and for the next 8 years the mill remained mostly idle. In 1910 Newcastle changed its name to Toodyay and in the following year Marris paid off his mortgage. In 1917 he sold a portion of his land, including the mill to Charles Lukin, a local landowner and businessman. The milling machinery was overhauled and the business renamed the Toodyay Roller Flour Milling Company.

In 1918 Lukin proposed to have an electric lighting plant established on site. During the following year power generating machinery was installed by Gilberts' Ltd., probably in the small shed shown in the photograph above, erected to the right of the mill. In 1920 the Western Australian Insurance Co. purchased the milling business and property. The Toodyay Electric Lighting and Power Co. Ltd. was established and from January supplied DC power from 7pm to midnight. On 17 February 1921 fire destroyed the milling machinery. Fortunately the adjoining electric light station was not damaged. In 1922 Toodyay Electrical Works Ltd. (Messrs. Cock & Sons) took over control of the power station. A two week trial in May of supplying a continuous electrical service proved to be un-financial and was discontinued. In 1923 there were electric plant improvements resulting in an increase from 32hp to 150hp generating capacity. In 1925 Clive Piesse was appointed engineer at the power station. The third floor was converted to a residence for him and his young family for a short period. 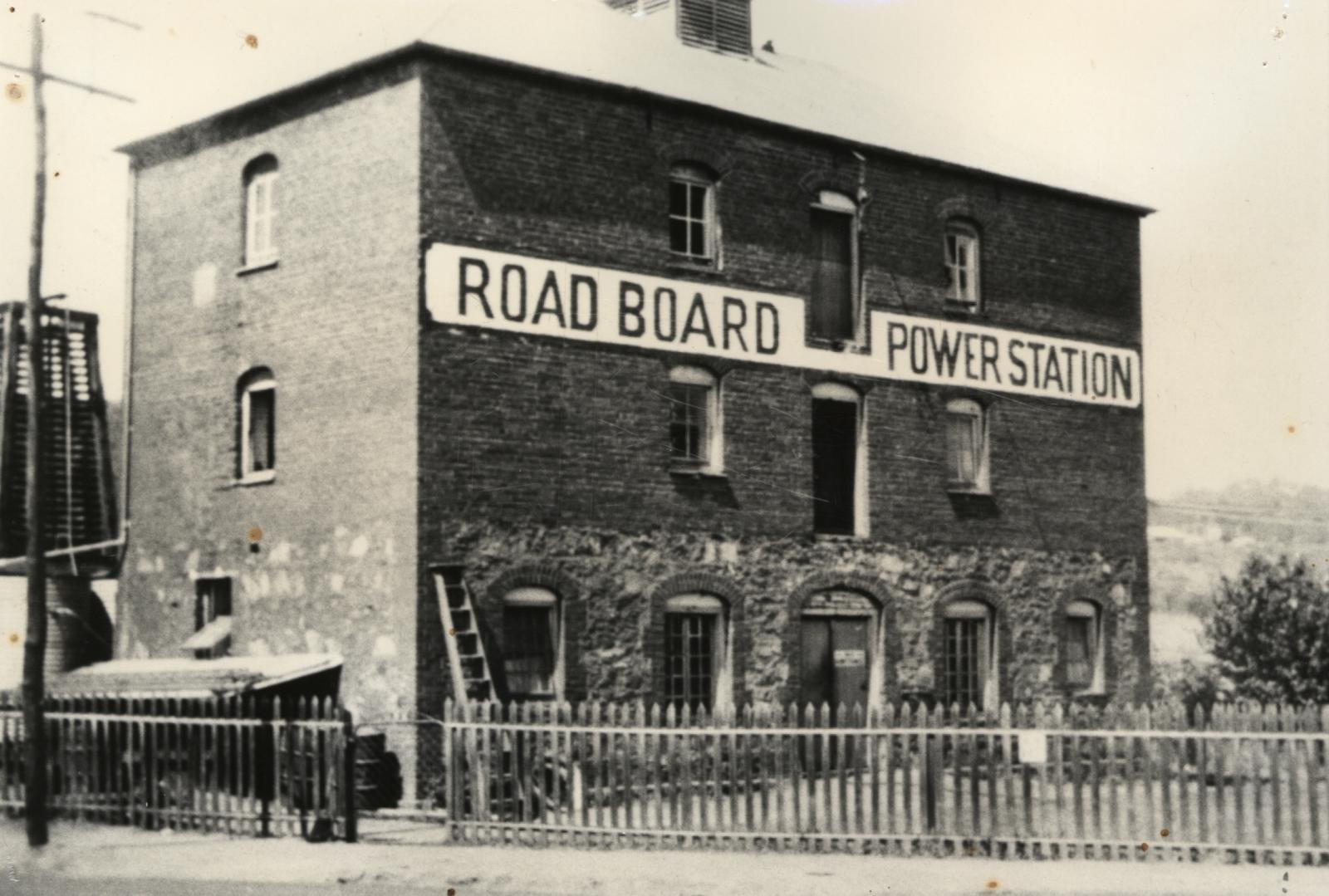 In 1927 the Toodyay Road Board purchased the power station. The chimney of the old flour mill was removed and two Petter crude oil engines were installed on new foundations. In 1936 the power supply finally became a 24 hour service. An additional 18hp Crossley diesel engine was installed. In 1938 Clive Piesse resigned as electrical engineer. In 1941 a wood gas producing plant and a second-hand Ruston-Hornsby gas engine commenced operation at the powerhouse. 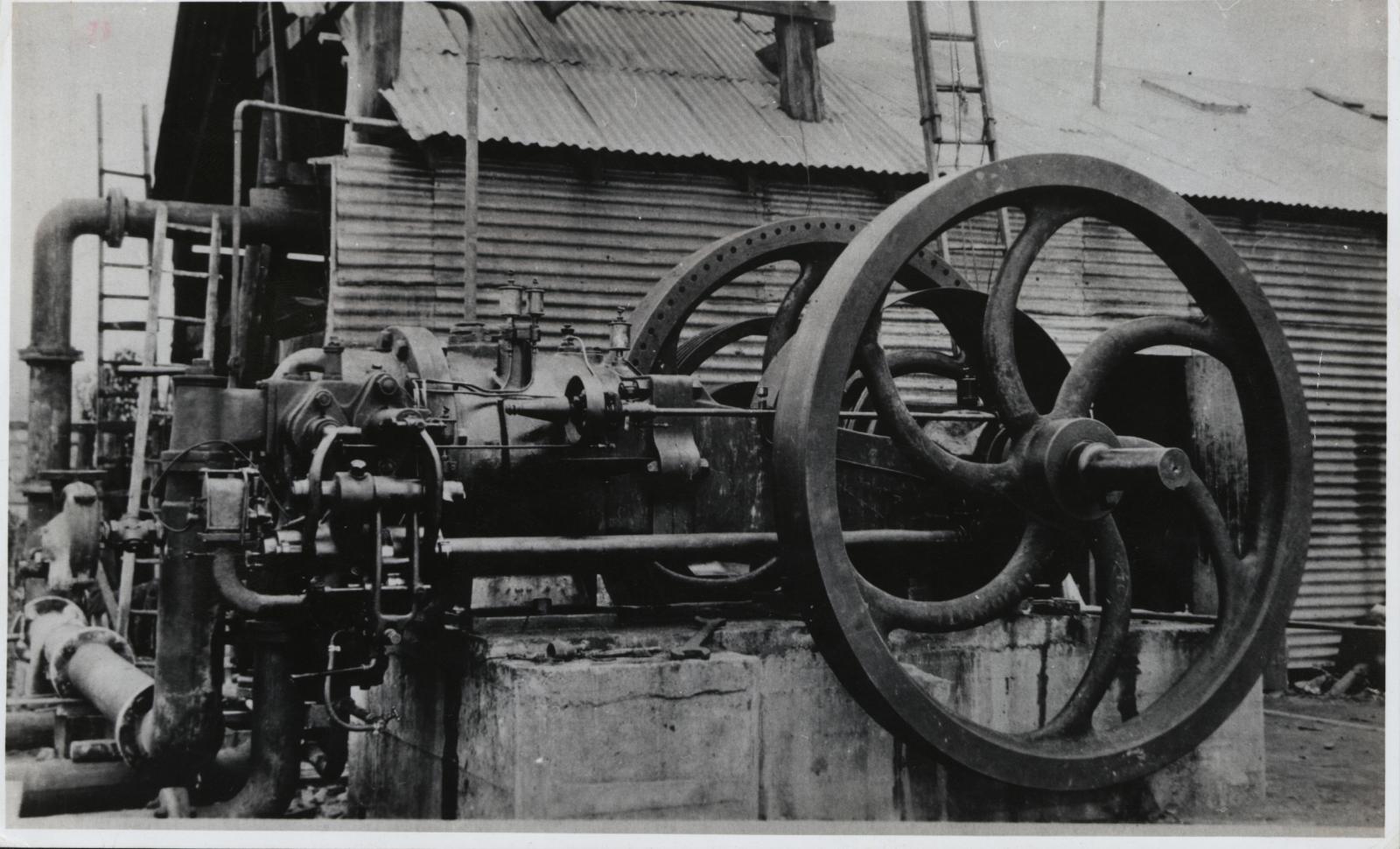 In 1947 new Crossley DC diesel engines were installed. By 1949 a section of the first floor had been cut away to accommodate machinery installed on the floor below. In 1955 the State Energy Commission took over the power supply in Toodyay providing AC current. The old power station building remained the property of the Toodyay Road Board. By 1957 the Road Board Power Station had been decommissioned and over the next two decades the site became run down. By 1967 the Toodyay Road Board had resolved to demolish the building. This prompted division in the community between those who wished to save the building and those who wished to bulldoze it. In 1970 Shire Councillors 'Mac' Wroth and Ted Davy led a group of community members in favour of the building's preservation. Between 1970 and 1975 a number of proposals were put forward on how the building could be re-used including as a creative arts centre, a private home, an art studio, a youth club and a museum. In 1973 the Toodyay Tourist Centre Inc. was formed with the intention of establishing a tourist bureau in the old power station. Throughout 1974/5 the building was restored including the upgrading of windows, doors, walls, guttering, downpipes and ground floor covering. Stairs were installed to the first floor and the roof was replaced using funding from the National Estate and the O'Connor estate. In 1975 a Brotherhood steam engine from the former Industrial Extracts factory (closed 1971) was obtained for display. Due to its size some of the bricks from around the front door had to be removed (and then replaced) to allow the engine to fit inside. In 1975 the Toodyay Tourist Centre moved into the ground floor of the restored and now re-named Connor's Mill. The following year the Tourist Centre was officially opened by Alan Ridge, State Minister for Tourism. 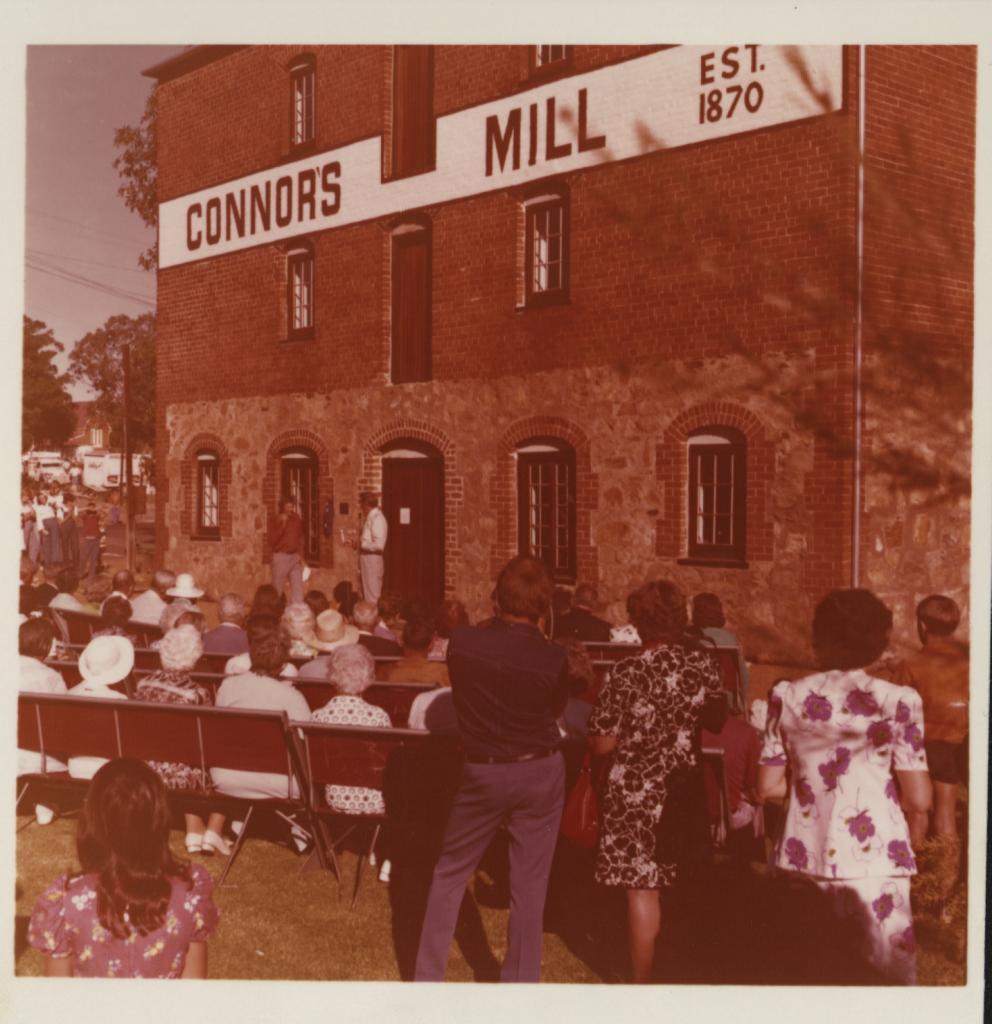 In 1978 a stairway to the second floor was installed and in 1982 a new Moondyne Gallery was opened on that floor. In 1994 a late Victorian-era working flour mill display opened in Connor’s Mill with milling equipment donated by Weston Milling after their Northam mill had been modernised. The machines were moved, restored and installed by volunteer labour. The milling machinery display was set up and powered by pulleys connected to an electric motor on the ground floor. This dynamic display remains in place today (in 2021). 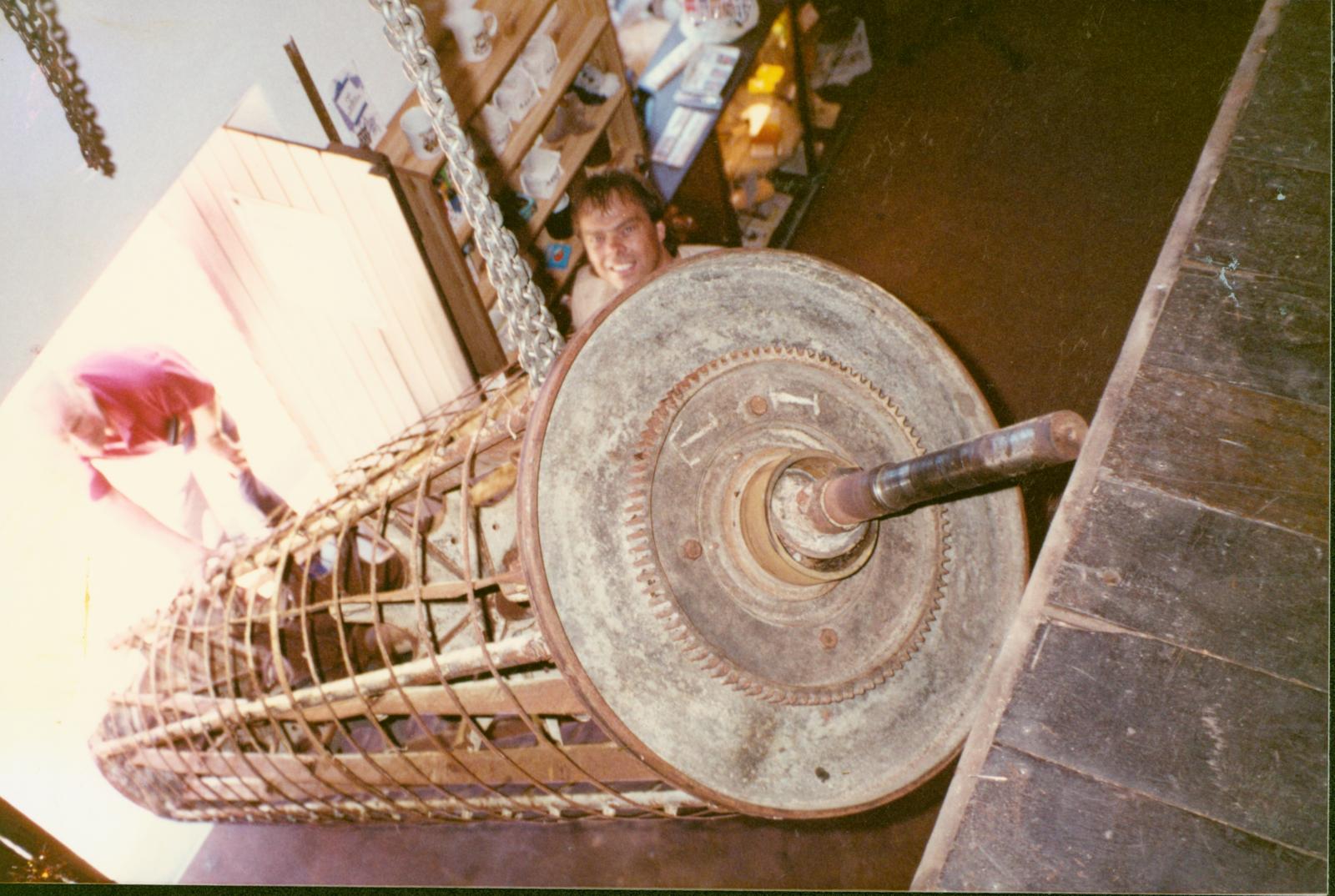 The Shire of Toodyay took over control of the Visitors’ Centre in the mill in 1998. Two years later Visitors’ Centre operations were relocated into a new building next door, and Connor’s Mill became solely a Shire museum. In 2004 new conservation management and interpretation plans were completed. New interpretive signage was installed on the ground and first floors. In 2006 Connor's Mill, Toodyay was permanently entered into the State Register of Heritage Places. The second floor displays had another major revamp in 2010. Today the Connor’s Mill museum is open to visitors every day of the week.

(Acknowledgements to 'The Long Toodyay Chronology' by Beth Frayne and the Toodyay Historical Society : http://www.toodyayhistoricalsociety.org.au )