Small, brown and yellow, woollen, waistcoat. The machine-made particoloured waistcoat is made up of alternating panels of yellow and black coarsely felted, woollen, plain weave, fabric. It has a centre front opening for five bone button fastenings and five corresponding handstitched buttonholes, measuring 20mm each. Only three and a half buttons remain attached, each measuring 15mm in diameter. The neck of the waistcoat is in a 'V' shape, with no collar. Six broad arrows are stencilled in black on the garment: two broad arrows are stamped on the front left yellow panel and one on the front right black panel. Two broad arrows are stamped on the back right yellow panel and one on the back left black panel. 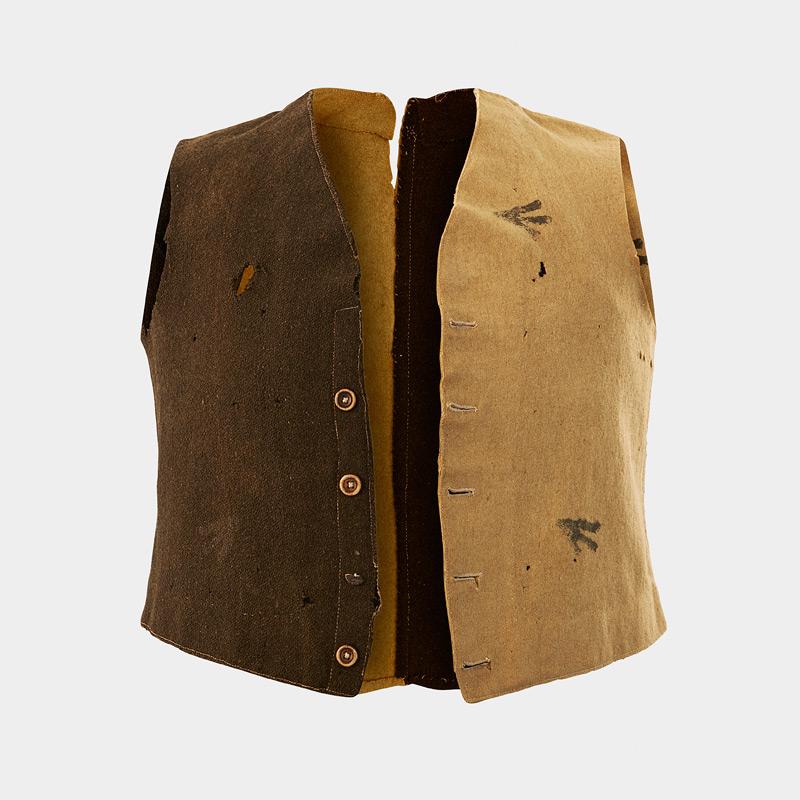 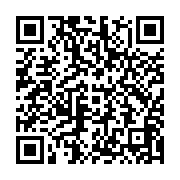