In January 1887 the building of the Clackline - Newcastle railway line was started by contractors C & E Millar who tendered 39,000 pounds to build 13 miles of track. It was a narrow gauge spur line to be serviced by the Eastern Railways from the main narrow gauge Guildford-Chidlow rail line that had been extended to Northam in 1886. The first passenger train arrived at Newcastle (renamed Toodyay in 1910) in December 1887. There were seven sidings on the line which terminated near the St John the Baptist Catholic Church in Newcastle. By 1897 a station building had been constructed a short distance west of the original terminus at the site now occupied by the Toodyay Medical and Community Centres. This line was then extended to Bolgart in 1909, to Calingiri in 1917, Piawanning in 1919 and finally to Miling in 1925. 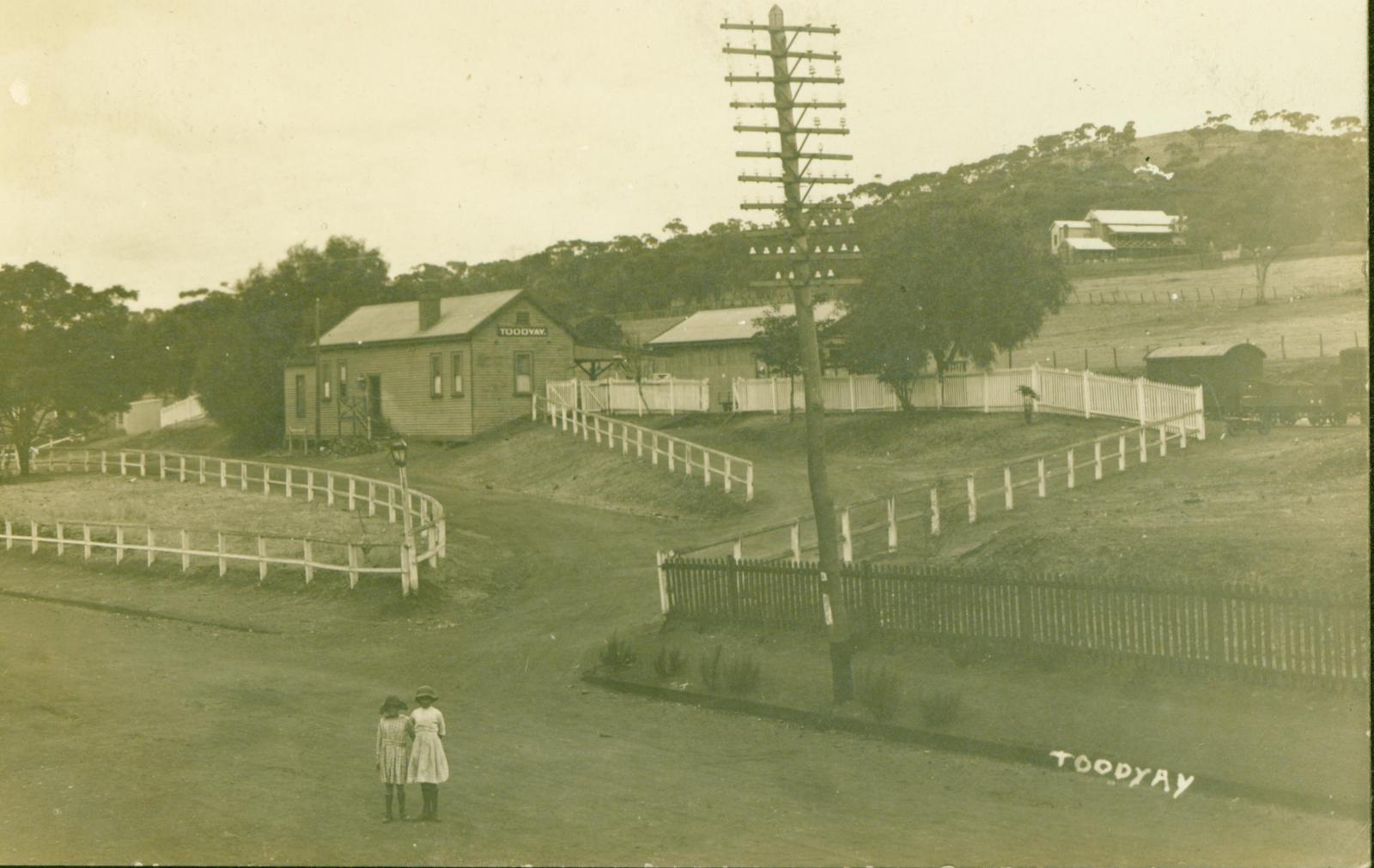 Additions to the nearby railway yards were undertaken in 1929 and a new loop line for the handling of goods traffic was laid down from the Toodyay Railway Station directly to the locomotive sheds. In 1942 a timber sawmill facing the railway goods yard was built. It continued operation until the 1970s; today only the concrete foundations of the sawmill remain and all the track and buildings associated with the railway yards have disappeared. 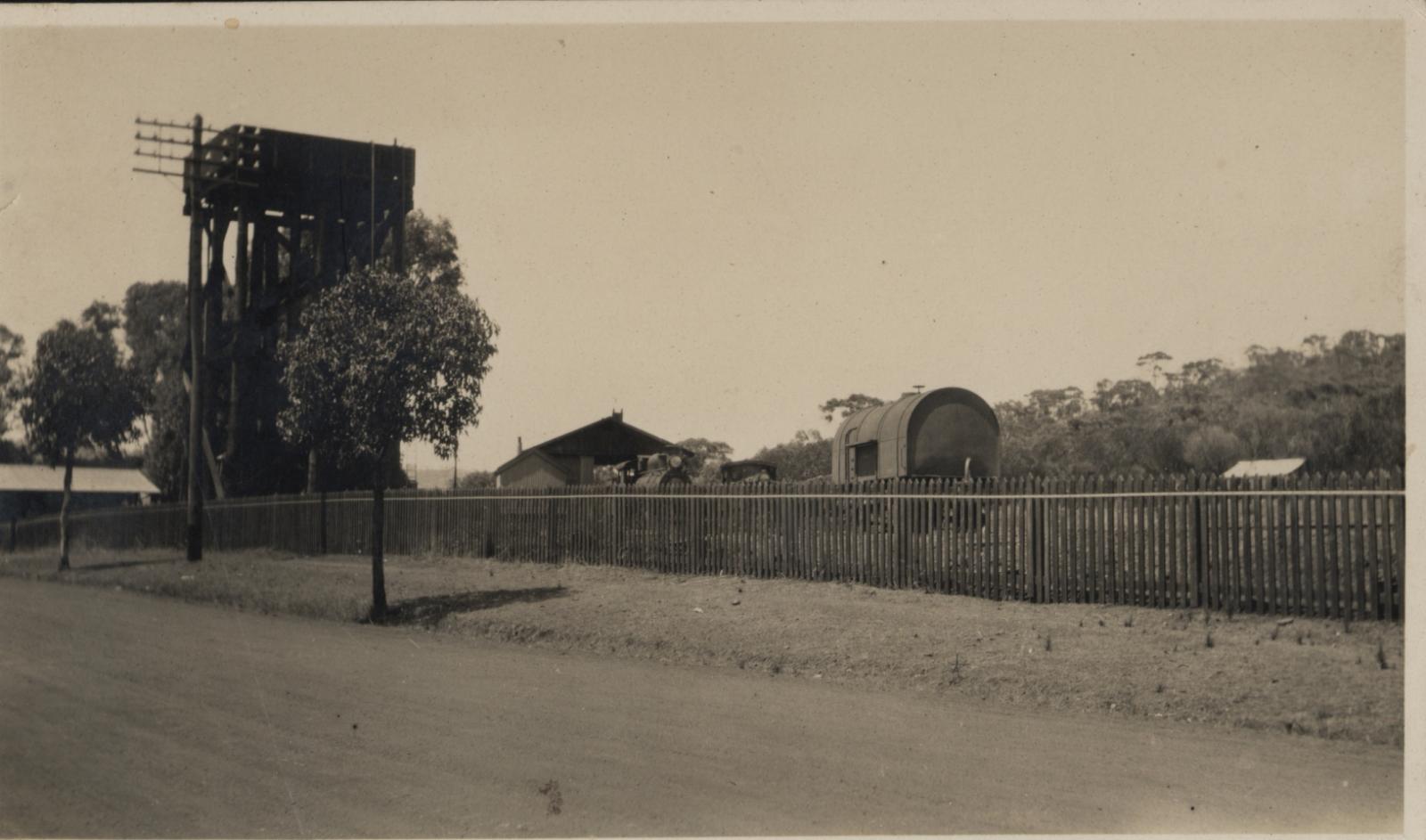 In 1945 it was announced a standard gauge railway would be built from Fremantle to Kalgoorlie. A new alignment through the Avon Valley - further north with easier grades beside the Avon River - was proposed. This was not to come to fruition, however, until the 1960s. In 1961 the route was resurveyed and in the following year construction began. From 1963 to 1964 the Windmill Hill Cutting (off the Toodyay-Northam Road) was excavated. At the time it was reported to be the deepest railway cutting (34m) in the southern hemisphere and today remains one of the deepest in Australia. The new route became known as the 'Avon Valley Deviation'.

In central Toodyay some houses and the Toodyay Methodist Church were demolished to accommodate the new alignment of the track. A new railway station was constructed west of the old station. In this area one section of the new track was elevated while another section was below ground level, resulting in the Clinton and Duke Street road crossings being blocked. The crossing at Duke street was replaced with a footbridge. A new road, later named Anzac Terrace, was created running parallel to the line and linking to a new underpass to the town centre. 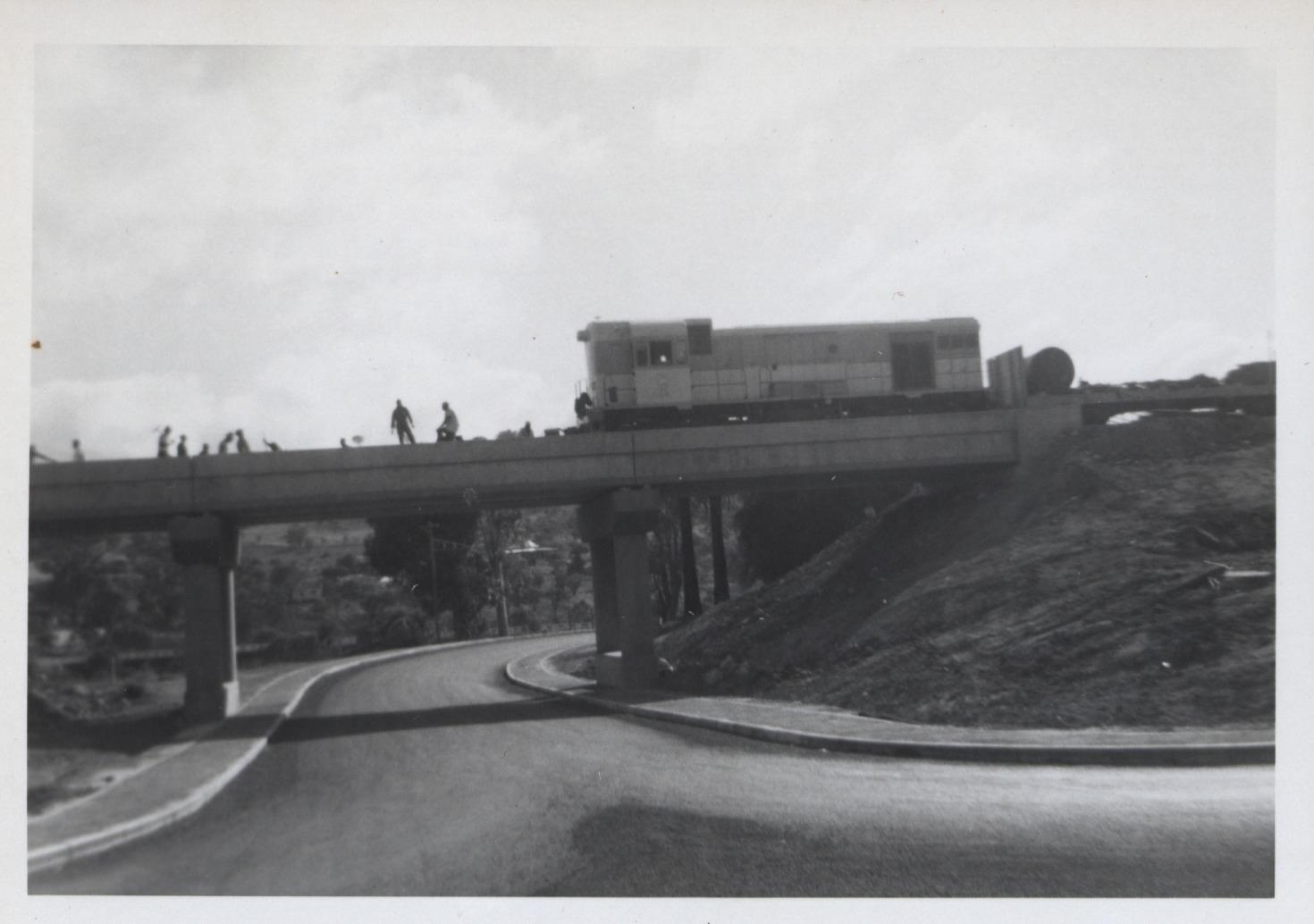 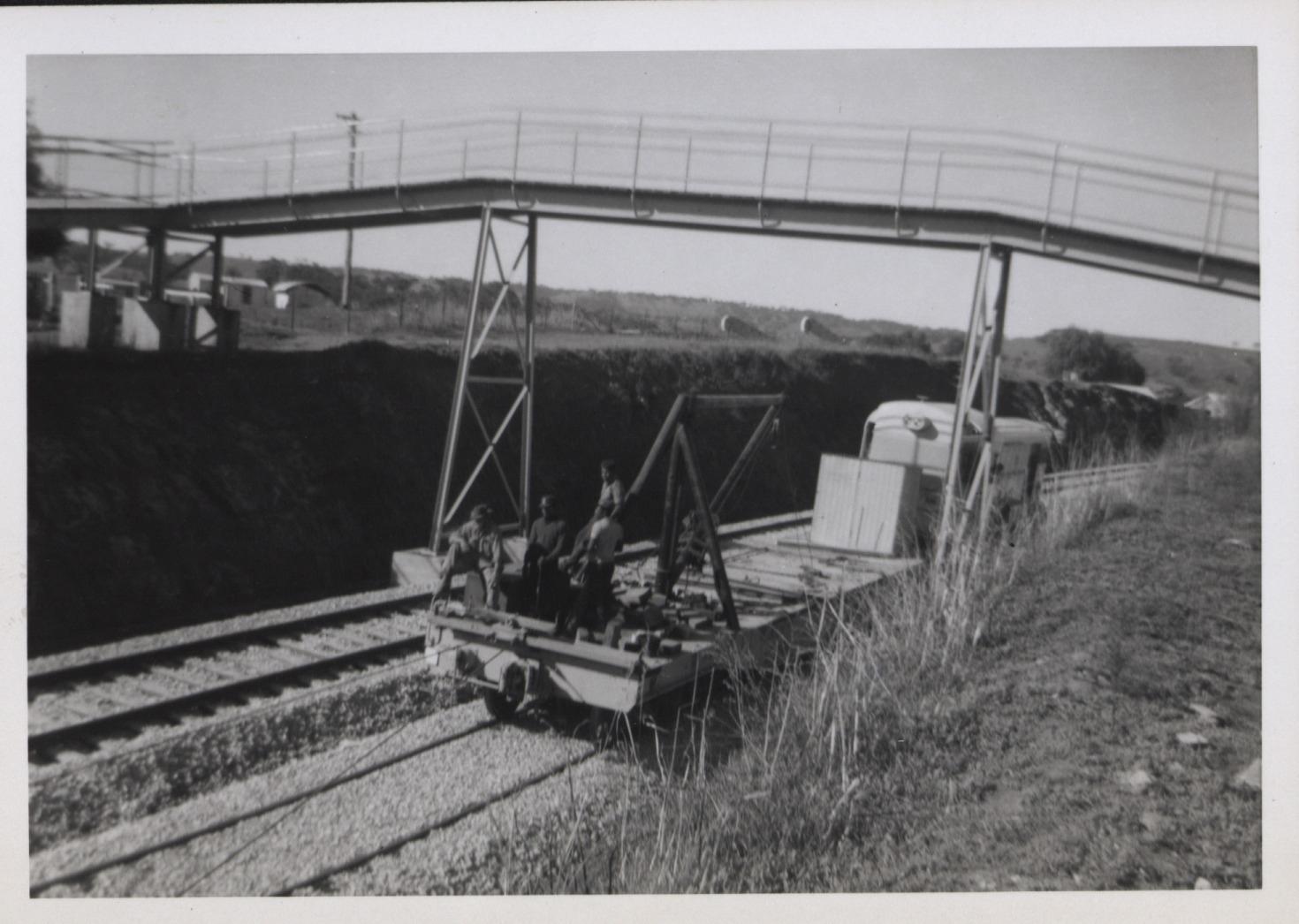 In 1966 rail traffic started using the standard gauge track and the Clackline to Toodyay line closed. West Toodyay became the junction where the narrow gauge Miling railway connected with the newer standard gauge. The rail to Miling continued to be used for grain haulage. Trains today pass through or depart from Midland Station and travel through Toodyay before reaching Northam. In 1969 the old railway station burnt down. In 1970 a running track along the route of the old narrow gauge line was established for the Toodyay Fire Brigade to train on. This was later bituminised and is now named Charcoal Lane.