A sepia photograph of the Old Mill in disrepair. In the foreground is a wooden picket fence, with slats missing. A young boy is on the right-hand side in front of the fence, near him is a sign "Cool drinks at old cottage"

On the right-hand side of the image is the side of a brick house with a water tank at the rear. The house has two windows and a chimney on the metal roof.

On the left-hand side of the image is a small white cottage, only one side is visible and this has a wooden door in it.

The old mill is in the centre of the photograph, it is a circular structure. It has no sails and is no longer white. The roof of the veranda and the supporting vertical poles are bowed.

The Mill was built in 1835 by millwrights, Paul and James Lockyer, and was operated by miller, William Rolf Steel, the business partner of William Shenton. The Mill is a traditional circular, stone structure, which had been plastered and lime-washed. The Mill is approximately 5.0 metres in diameter at the base, and 3.0 metres in diameter at the roofline, with walls 600mm thick at the base and 450mm thick at the top. The wall height of the Mill is 8.0 metres over three storeys, with a 2.5 metre high roof above.

The Mill was developed on Point Belches because of its proximity to the Perth central business district and water transport between Fremantle and Guildford. ‘Miller’s Pool’, a large basin of water to the east of the Mill, had a 12.0 metre wide mouth to the river and was then deep enough to provide mooring for small boats servicing the Mill. At its peak, the wind-driven mill produced 680 kg of flour per day.

William Shenton sold the mill in 1840 to Edward Hamersley and the mill continued to operate under lease from Hamersley who had a house to the east of the mill. However, the Mill did not prove to be profitable, and stopped production in 1859. During this period a small brick cottage was built to the north of the Mill.

In 1870, South Perth resident, Thomas Satan Brown leased the buildings and converted them into a hotel and picnic ground called the ‘Alta Gardens’. Brown added verandas to encircle the Mill and a viewing platform on the top. The "Alta Gardens" was not successful and the site was later used as a residence, wine saloon and poultry farm until resumed by the Government in 1929 from the owner Walter Green.

Other items from City of South Perth 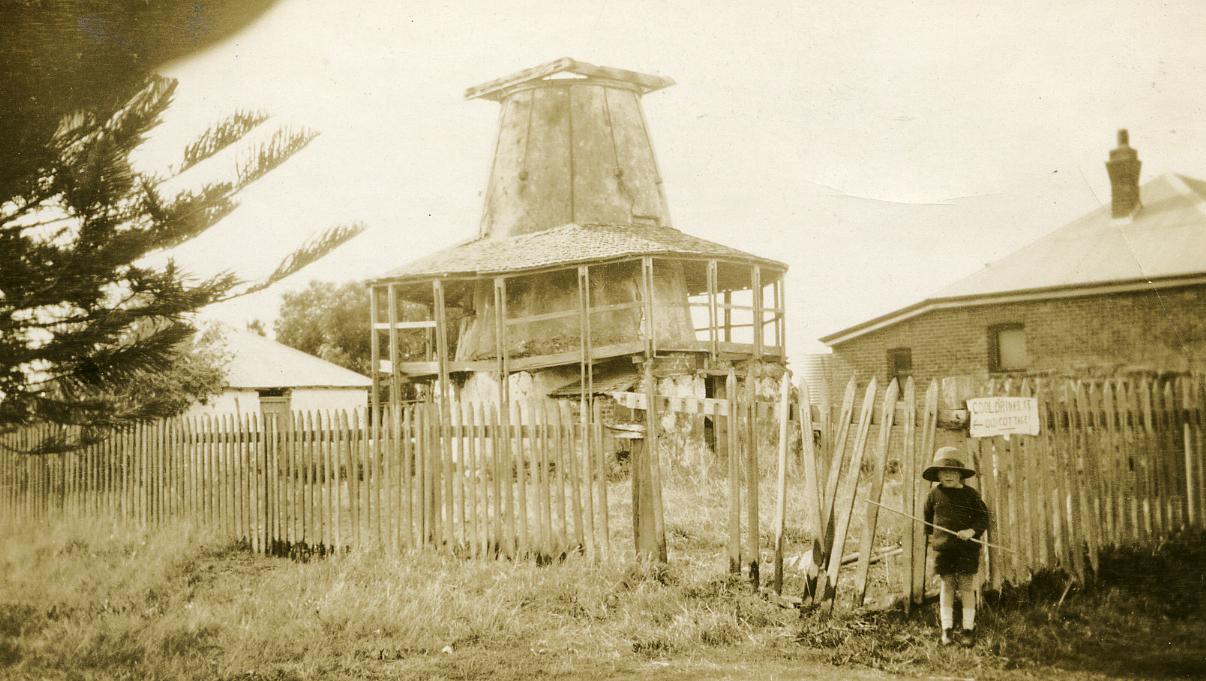