The Why and How of the Busselton Show

The country show has been a highlight of life in rural Western Australia since the early settlement days. It is an annual event when rural communities come together to socialise and celebrate their achievements, where people can forget about their day-to-day routines, have some fun, share ideas and be given recognition for their farming and domestic accomplishments.

The very first country show is believed to have been held by the Salford Agricultural Society in Lancashire in 1768 and following its success many similar events were held in other parts of England. In 1838 a group of prominent people, who were convinced that science could help boost English agriculture to meet the growing needs of a booming population, formed the Agricultural Society of England. This society was granted a royal charter in 1840 and the Royal Agricultural Society of England is still active today partnering with other societies around the world to, amongst other things, “seek out and communicate innovations of real commercial value to farmers”.

The very first Agricultural Society in Australia was established in Tasmania, in 1821, when a group of residents of Van Diemans Land corresponded with the Official Secretary and gained approval for the establishment of a Society for the protection of animals. This was quickly followed by NSW, in 1822, where a group of leading citizens established an Agricultural Society to “encourage and promote the future of agriculture through improvements in breeding of animals and the growth of local produce and crops”. The society’s membership read like a who’s who of the colony at the time, including names like Marsden, MacArthur and Blaxland to name a few. It was hoped a centralised body would help raise the standards of agriculture throughout the young colony.

The first Busselton show was held in 1861, on the site of the old Council Chambers at the south-east corner of Adelaide and Queen Streets, at a time when the early settlers were still establishing their farms. In the early years the shows were a combination of agriculture and horticulture displays staged to pay out bounties for fox tails and cockatoos. They would have been small and there was no “gate”, as there were no fences. In 1869 the Busselton show moved to the south west corner of Prince and Stanley Streets, where the Post Office is now located.  A third move was made in 1892 to the area bordered by Harris Road, Peel Terrace and Stanley Street.  During the 1920s and 1930s the merry-go-round and other rides popular with children were set up, on what was then known as Barnard’s Yard, opposite the Commercial Hotel, as there wasn’t space at the show grounds. In 1946 the Busselton Show moved to its current home in Churchill Park where its hard-working committee maintains its reputation as one of the best and longest running country shows in Western Australia. 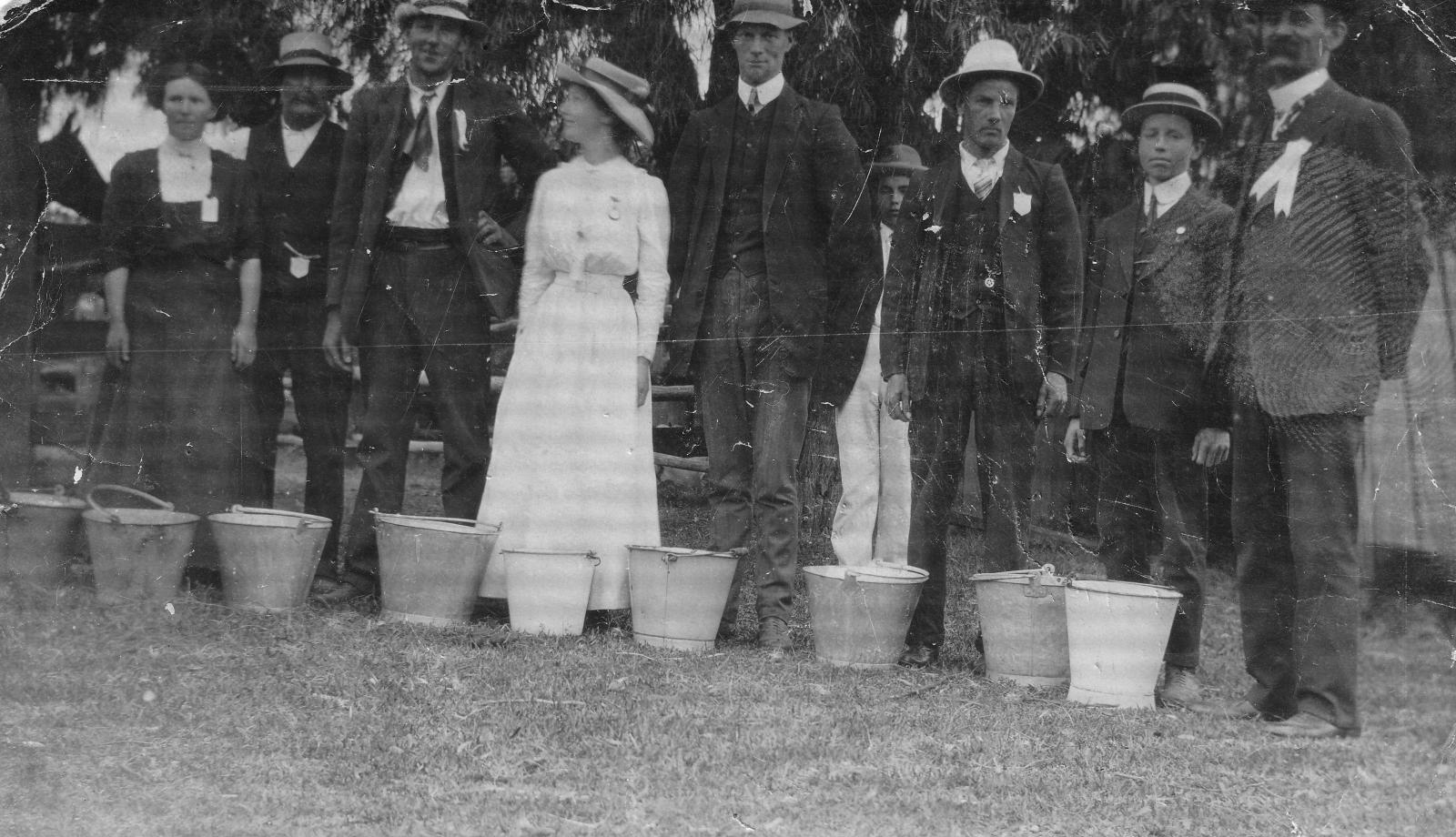 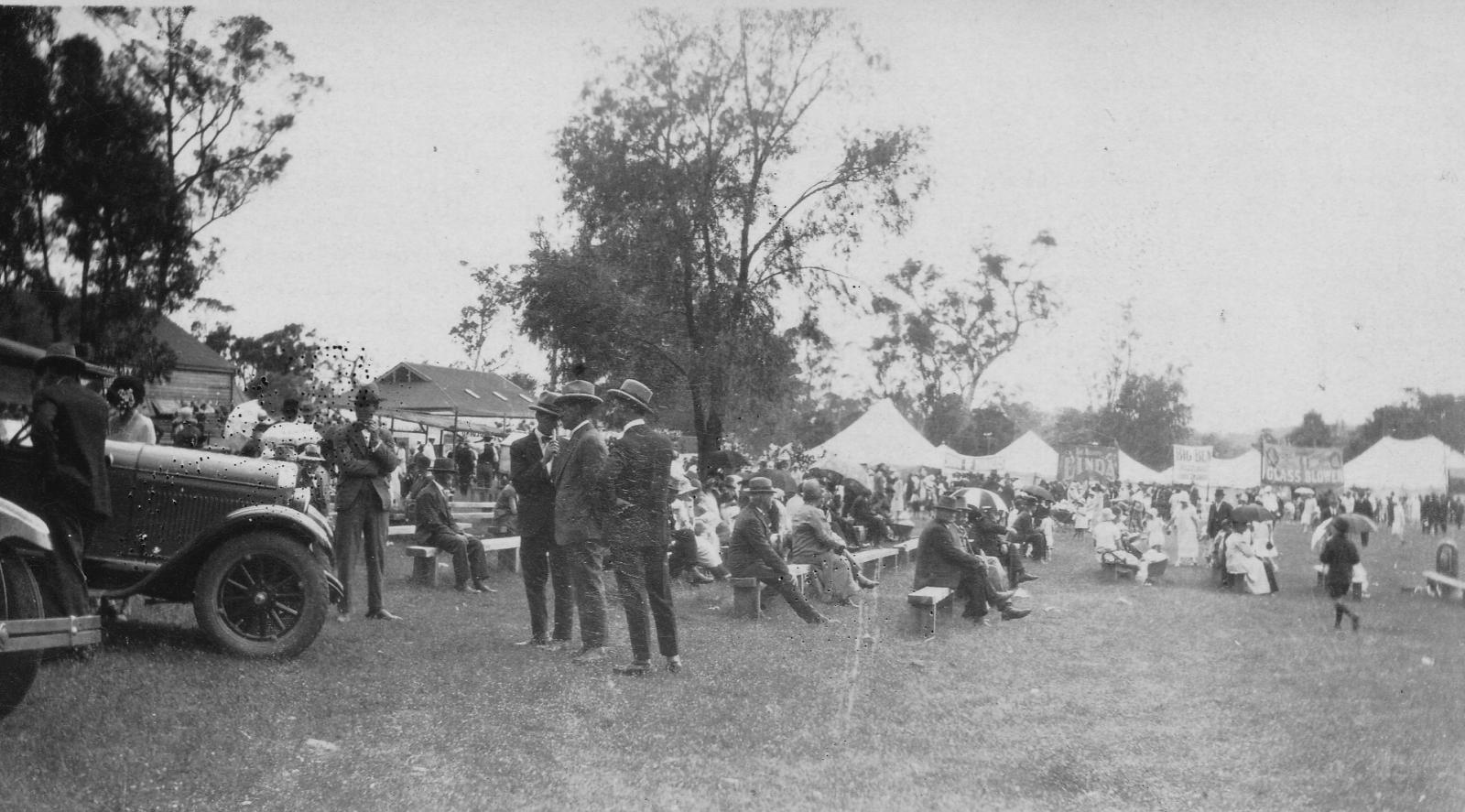 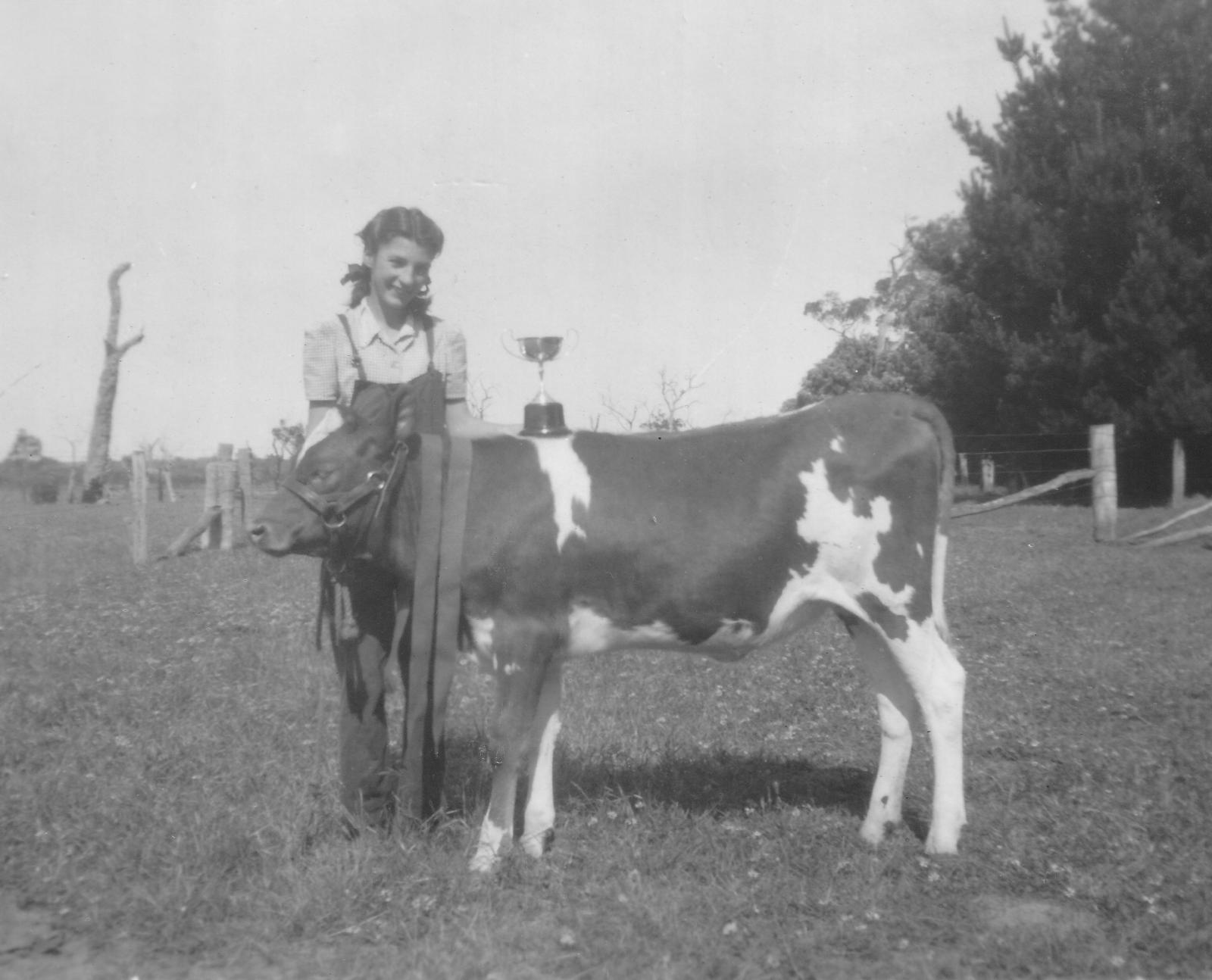 Joan Price with Pinky who were winners of the Mazure Cup at the 1950 Busselton Show.  Photo 3643 BHS Archive