Born 1971, in Paraburdoo, he was a cross between a Kelpie and Cattle dog. His first owner was Col Cummings, who called the dog Tally Ho, which was eventually shortened to Tally. Col was transferred to Dampier and drove there with his family and Tally. After a while Tally left his family and went off by himself.

Blue or Bluey as he was now known, was adopted by the workers at the Hamersley Iron Transport Section at Dampier. Workers allowed him to sneak into the workshop to spend the day where they fed and played with him. He was not a permanent fixture there as he often went wandering for days but always returned for a feed.

John Stazzonelli was a West Australian, who joined Hamersley Iron in 1972 and became Blue’s unofficial owner. When John drove the company bus, Blue always sat behind him.
John died July 23rd 1975, aged 27 and is buried in Northampton, WA near his Mother and Father, Winifred and Albondio. At the time he was separated from his wife and left behind two sons and a daughter.

Red Dog as he was now known, did not belong to anybody but to the community as a whole. Dampier Salt workers made him a financial member of the Dampier Salt Sports and Social Club, he had his own bank account to spend on his trips to the vet, a meal ticket to the company canteen and was a member of the Transport Workers Union (TWU).

Red Dog would hitchhike and sit by the side of the road waiting for a lift. If he wanted a ride he would walk in front of a vehicle and when it stopped he would walk around to the passenger door to be let in; he got to know which vehicles would stop and he would refuse to leave the vehicle until he was taken to the destination he wanted.

Red Dog would ride in cars, trucks, buses and he also rode the ore trains between Dampier and Tom Price. It is believed he travelled hundreds of kilometres to places like Roebourne, Point Samson, Port Hedland, Broome, and Tom Price – he was also taken to Perth on at least two occasions.

Strychnine poisoning and its side effects killed Red Dog 21 November 1979.
Rick Fenny, the vet who had treated him on many occasions, buried him between Roebourne and Cossack in an unmarked grave. 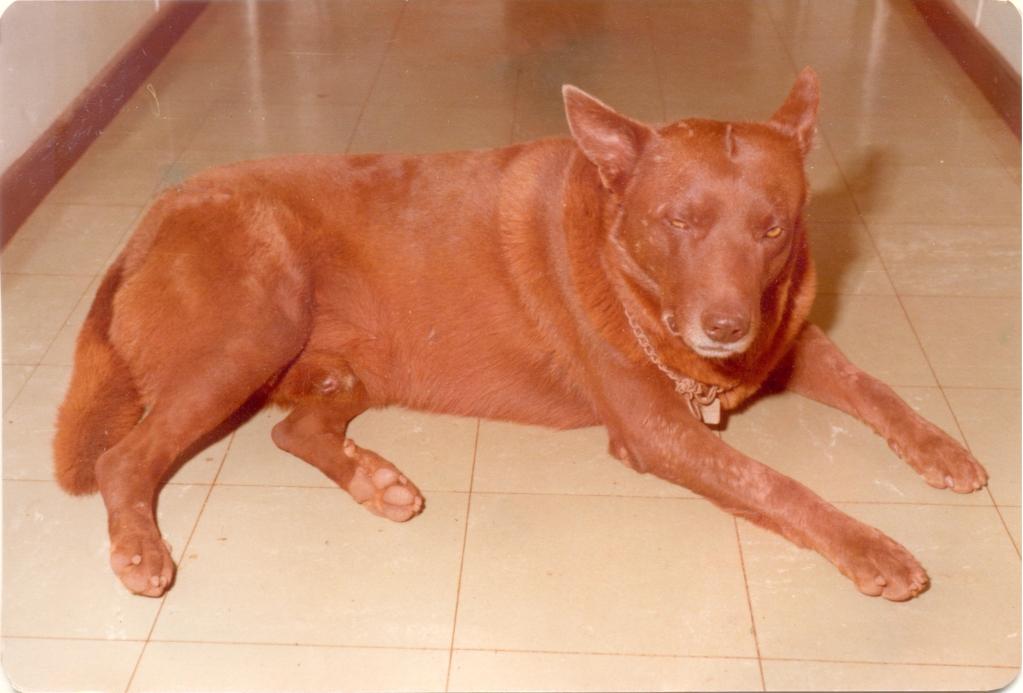