Larger local Railway Refreshment Rooms had their own logo on their china. This helped to ensure that items were returned.
Cue, on the Murchison Railway had its Refreshment Rooms built as part of the brick station.

Other items from Rail Heritage WA 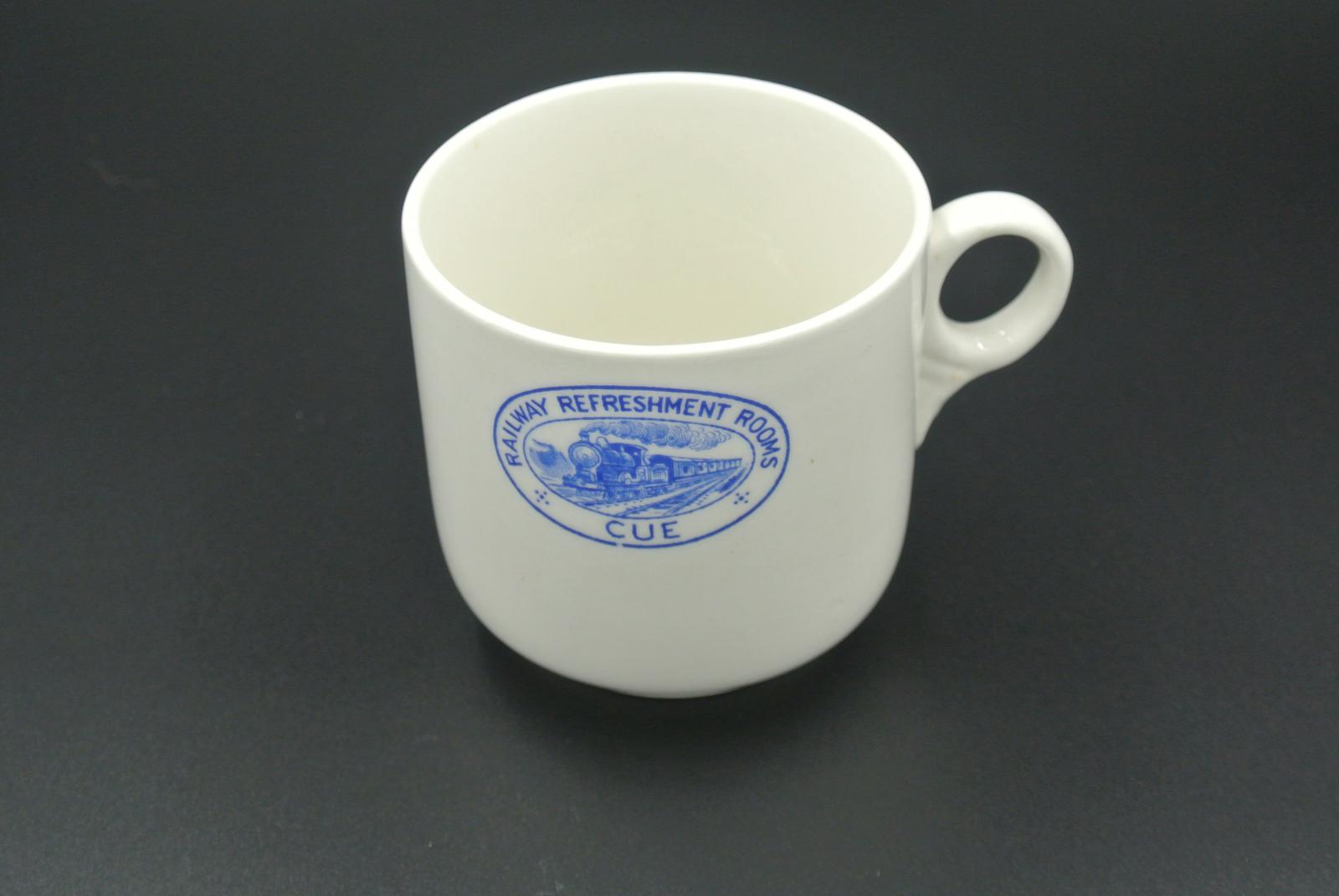