Charles Lymburner was born in Dashwoods Gully, South Australia, 24 April 1864 the son of Adam Lymburn Delisser and Elizabeth Jeffs. Charles was a surveyor and joined the Department of Lands and Surveys in West Australia, in January 1893 through to 1927. In June 1901 he resigned and was thereafter a contract surveyor to the Department.

During the period when he was active he surveyed in the South West corner of Western Australia and as far north as Northampton and east into the central wheatbelt. The survey of the Frankland River, which was by no means an easy job in those days, was probably his major contribution to mapping in this State. Parts of the Victoria District (Geraldton and surrounds) were surveyed from 1901 to 1906, being almost exclusively in this District from 1903. In 1901 he was registered as living in Geraldton.

Lymburner was a sturdy character, typical of the tough hardy surveyors who worked around the beginning of this century. One story relates how he used to take a tin of 'bully beef' in his coat pocket and if at nightfall he found himself 5 or 6 miles from his base camp he would sleep beside his theodolite in the bush, after dining that night on a tinned meal.

Periodically he would take himself and any of his friends who happened to be around at the time and walk, often as much as 20 or 30 miles, to the nearest hotel where for several days they would attempt to annihilate the publican's liquor supply.

A school in the Perth suburb of Hillary's had been given the name of the Lymburner Primary School, however it is now Hillary’s Primary School. There is a street bearing the Lymburner name in Geraldton, although this has now been removed and is where the Geraldton Grammar School is located.

Charles was 74 when he died on the 2 August 1938 and is buried at the Karrakatta Cemetery in Perth.
Lymburner lost one of his Gunter’s chains on the McDonnell’s and asked that it be returned to him if found. It turned up many years later and was given to the Chapman Valley Historical Society by the McDonnell family. 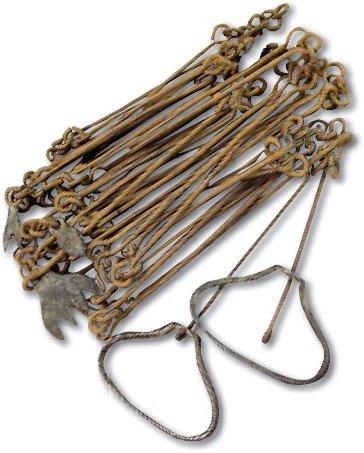