Copied to clipboard
Organisation
Shire of Capel
About This Collection

One of the earliest schools in the Wellington district was built by George Payne near his water mill on the Capel River during the 1850s. A tireless entrepreneur, Payne taught classes himself in addition to hiring tutors from educated ticket-of-leave men. Other bush schools were set up across the district on an ad-hoc basis.

The first official school was opened in 1864 by Rev. Joseph Withers, three miles from Coolingnup town site. The school closed a few years later, but reopened in 1871 as Gynudup Public School, with 20 students. A new Coolingnup (later Capel) school opened in 1884 on the town reserve, around the same time Gynudup closed.

Boyanup had a succession of small schools. One of the earliest was ‘Runnymead’, later Gwindinup School, which closed in 1897. Many fundraising activities were undertaken to pay for the new Boyanup school building which opened the following year. By 1906 Boyanup had grown to 43 students, who Headmaster AG Clayton put to work on improving the school grounds. As a result, the school was judged winner of a ‘best school garden competition’.

Reference: "Just a Horse Ride Away" by Valerie Krantz and Diana Chase.

The first school at Stratham was built in 1895, on land donated by Thomas Roberts. Mr Ross was Headmaster with Miss Mary Kane assistant-mistress. 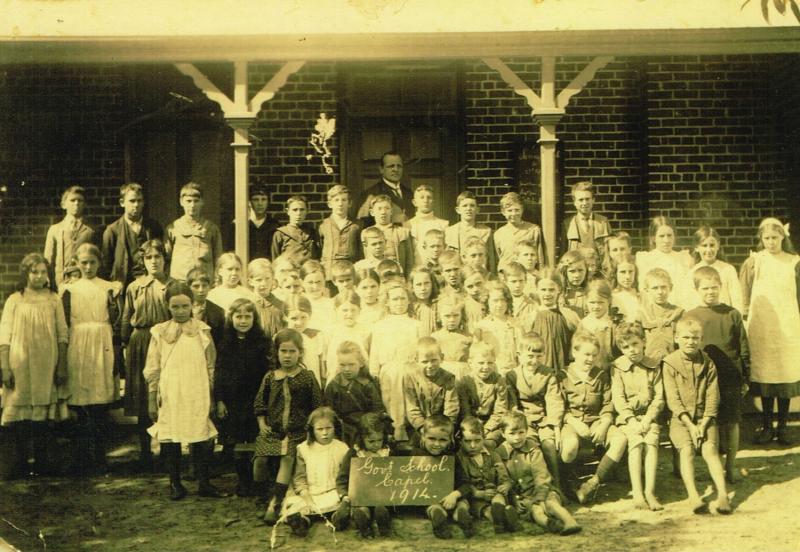