Copied to clipboard
Organisation
Cranbrook Public Library
About This Collection

Pictorial history of the floods that inundated a large portion of the Shire of Cranbrook in January 1982.

This collection endeavours to trace the path of the floodwaters along the Gordon River and its tributaries and depict the extent of damage and subsequent repairs. A secondary illustration within the album is the contrasting of extreme adverse weather conditions that can prevail over an area within a short space of time.

January 1982 is notable in that five tropical cyclones formed off the coast of Western Australia with only two affecting the state bringing wide spread flood rains to the south west with over sixty places establishing new January rainfall records, these falls being up to twenty nine times in excess of their January averages.

Cranbrook recorded 193mm for the month against an average of 14mm, or nearly fourteen times the average. Bureau of meteorology recorded 56mm and 126.2mm on 21st and 22nd January 1982.

The rains resulted from the interactrion of a northwesterly monsoonal air flow and weak tropical cyclones "Errol" and "Bruno" to form a tropical low which directed an inflow of tropical air over most of the southern half of the state. The system had extended southward to the northern parts of the Gascoynes by the morning of the 20th January and to a position just south of Lancelin by the 22nd January, bringing with it the wide spread heavy rains.

Rain commenced to fall in Cranbrook about noon on Wednesday the 20th and fell constantly for forty three hours ceasing at 7am on Friday 22nd January. 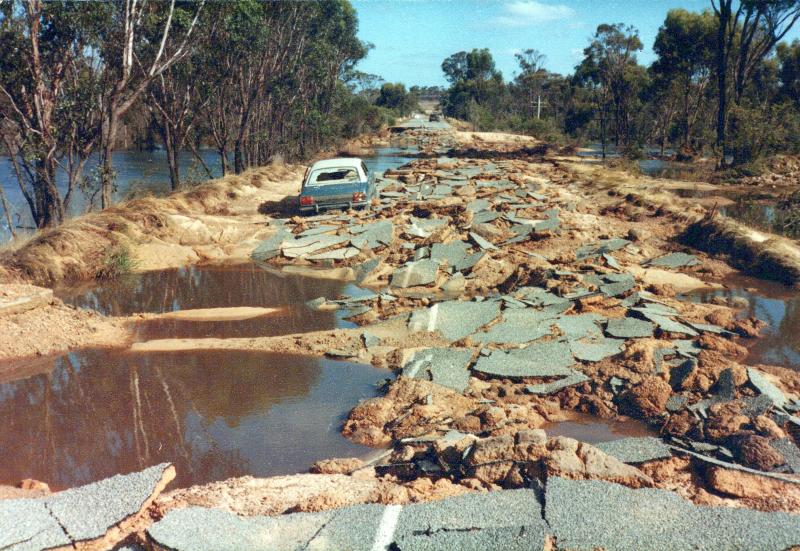