In April 1938 Hobbs left for France with his wife and daughter to attend the unveiling of the Australian war memorial at Villers-Bretonneux, the competition for which he had adjudicated. He suffered a heart attack at sea and died on 21 April. His body was brought back from Colombo to Perth for burial with state and military honours on 14 May.

When the coffin containing the remains were brought back to Australia it it was taken in charge by the Royal Australian Artillery and placed under guard at the Fremantle Artillery Barracks. The next afternoon the coffin was conveyed to the chapel of St. George's Cathedral by the Royal Australian Artillery and was handed over by the officer commanding (Lieutenant Colonel H. Bundock, D.S.O.) to the Dean of Perth (the Very Rev. R. H. Moore).

At this ceremony members of the State executive of the Returned Soldiers' League acted as escort. Throughout the night members of the Toc H movement, with which Sir Talbot was closely associated in life, undertook the duty of guarding the body. The next morning at 8 o'clock they were relieved by the Senior Rovers of the Boy Scouts' Association. At 2 p.m. the Royal Australian Artillery took over the duty and, throughout the cathedral service, four of their number remained on guard by the coffin, their heads bowed and rifles reversed. After a short service at the Cathedral the remains were conveyed to the Karrakatta Cemetery for cremation.

Although in the time immediately prior to his death the late general was no longer an active soldier, the Commonwealth Government chose to recognise his services to Australia by ordering his funeral be given full military honours of the State.

Other items from Australian Army Museum of Western Australia 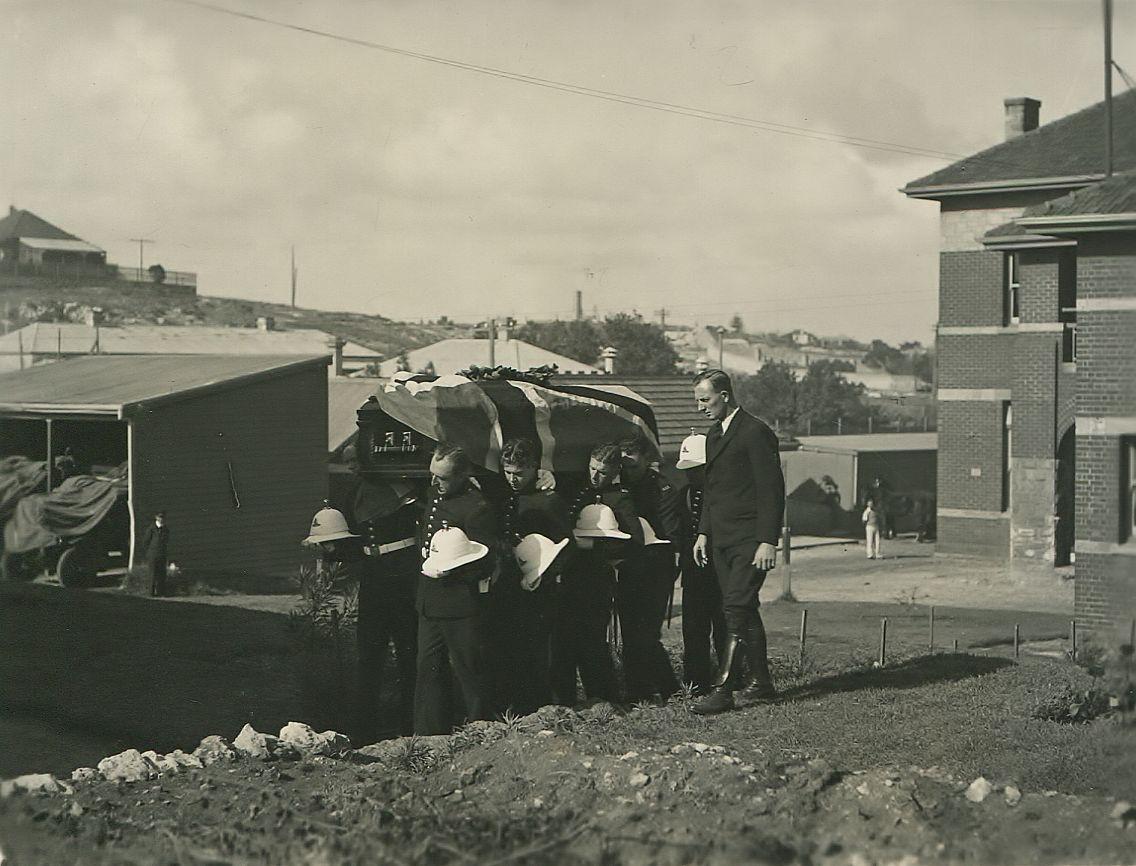